Inspirations from true stories aren’t only limited to movies and TV series. There are so many anime out there that are inspired by true stories. You wouldn’t normally expect that these stories from anime might be inspired by true stories. Even though the story isn’t completely based on real events, writers often use a real event or experience to fictionalize it into an amazing anime. These aren’t necessarily limited to historical anime like Vinland Saga; sci-fi anime like Steins; Gate is also inspired by real events. Anime is often an escape from reality. Yet, sometimes bits and pieces of the real world seep into anime, making them more interesting.

The beauty of anime is that anything can happen in them. There is so much variety in it that ranges from fantasy to sci-fi, and thriller to comedy. Anime is often so fictionalized that we don’t get to hear about many anime that are based on real events. However, there are a few of these out there for us to watch. Although these anime aren’t completely based on true events, we get to see writers incorporating real events into something so far from reality. Here, we will look at the 10 anime that you never knew were inspired by true stories.

1. Grave of the Fireflies

Isao Takahata’s anime movie under the banner of Studio Ghibli is a tragic story of two siblings during the Second World War. The story is set in the city of Kobe, Japan. The movie is an adaptation of a semi-autobiographical short story by Akiyuki Nosaka. The siblings’ mother is killed in a bombing at the end of World War II. The story shows how the older brother desperately tries to keep his younger sister alive, but she eventually dies of malnutrition. The movie tells the harsh reality of how humanity can take its worst form when faced with a disaster. For example, the siblings were taken in by their relatives only to experience resentment and eventually driven out. 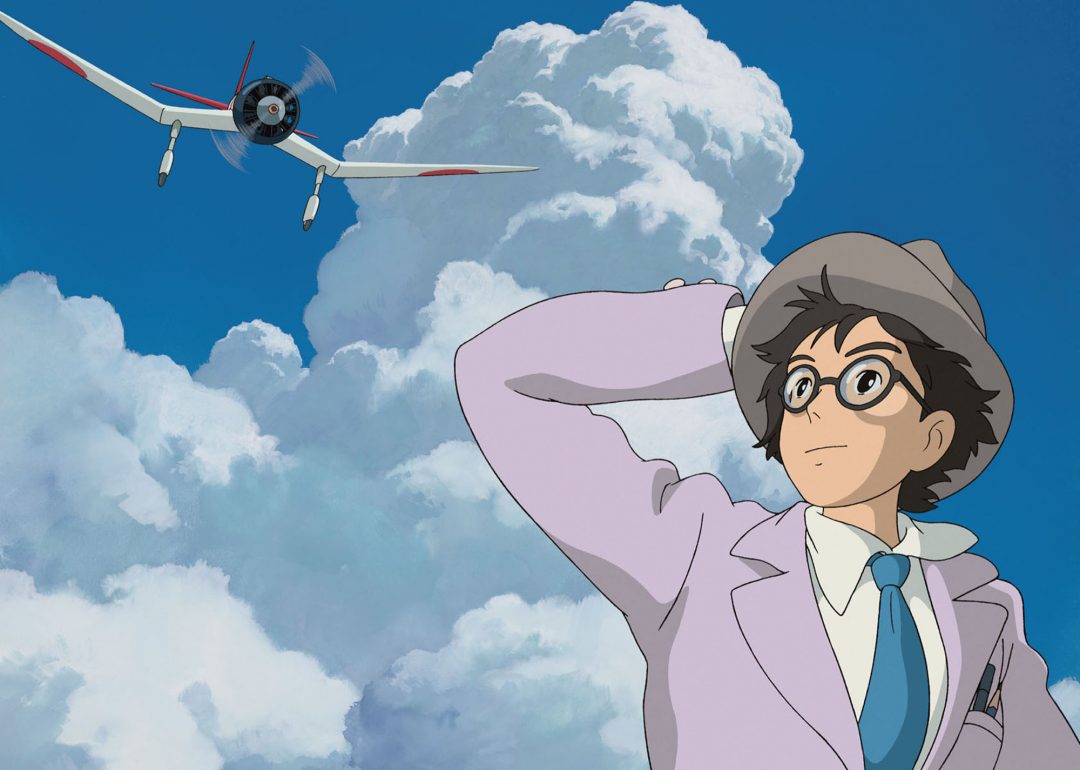 This anime is a classic historical movie written and directed by Hayao Miyazaki. The Wind Rises is a fictionalized biographical movie that tells the story of Jiro Horikoshi, the designer of the Mitsubishi A5M fighter aircraft and the upgraded version of it, A6M Zero as well. The planes designed by him were used by Japan in the Second World War. The movie is an adaptation of Tatsuo Hori’s novel of the same name. The Wind Rises tells Jiro’s story when he leaves his hometown to study aeronautical engineering at Tokyo Imperial University to design and build planes just like his idol Giovanni Battista, an Italian aircraft pioneer. Hayao Miyazaki also tells the progression of his aircraft designs. However, the details of his personal life are mostly fictional. For example, Jiro Horikoshi has an older brother, not a younger sister. 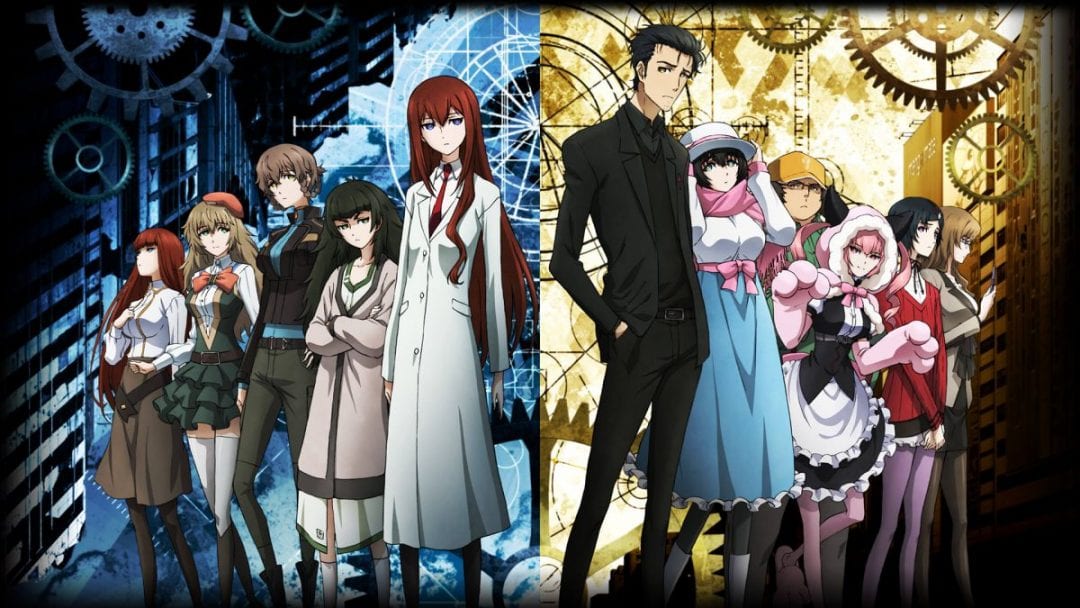 As crazy as it may sound, this anime is also inspired by true stories. In the years 2000 and 2001, a man named John Titor went to online forums claiming to be a time traveler from the year 2036. He made some predictions, like describing the time machine in detail. He also warned of a rapidly approaching World War and nuclear fallout. Of course, none of his predictions came true. However, he managed to gain a lot of popularity at that time. Consequently, Steins; Gate uses John as a part of the plot. The anime is inspired by his predictions, except the series tells that time travel is real. 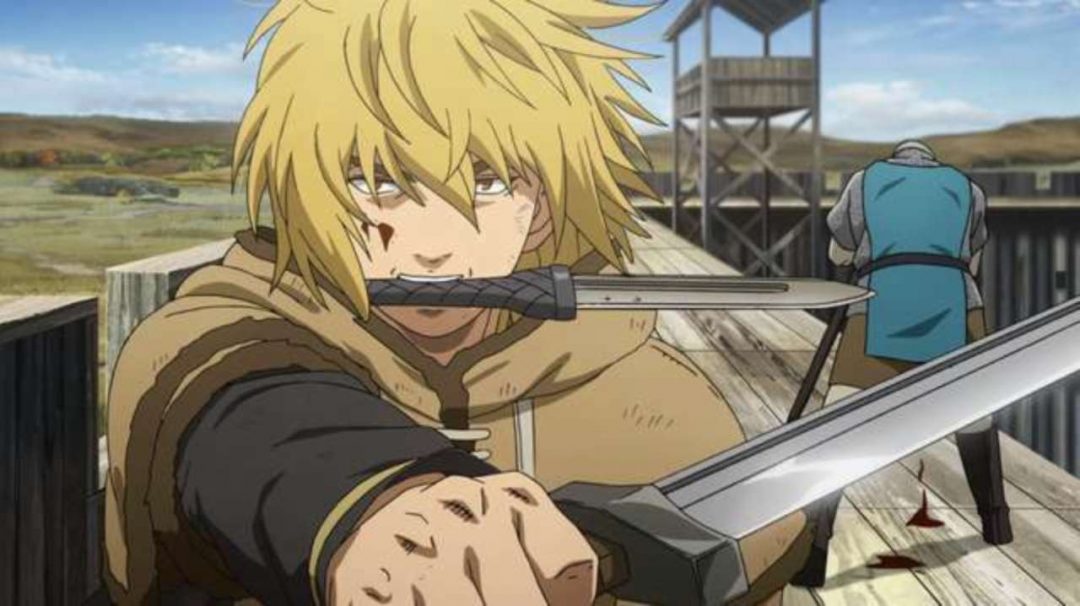 Vinland Saga is a historical anime series inspired by true stories. The series is loosely based on stories, legends, and myths about the Vikings from the eleventh century. The story revolves around a young man Thorfinn who is on a quest for revenge against his father’s killers. The story is set in Dane-controlled England during the early 11th century. Also, the anime features Danish invaders of England, who were Vikings. The series also tells the fictional story of the rise of King Cnut the Great, with his revenge plot as the main focus of the story.

Read Anime That Every ‘Toradora!’ Fans Should Try Watching At Least Once 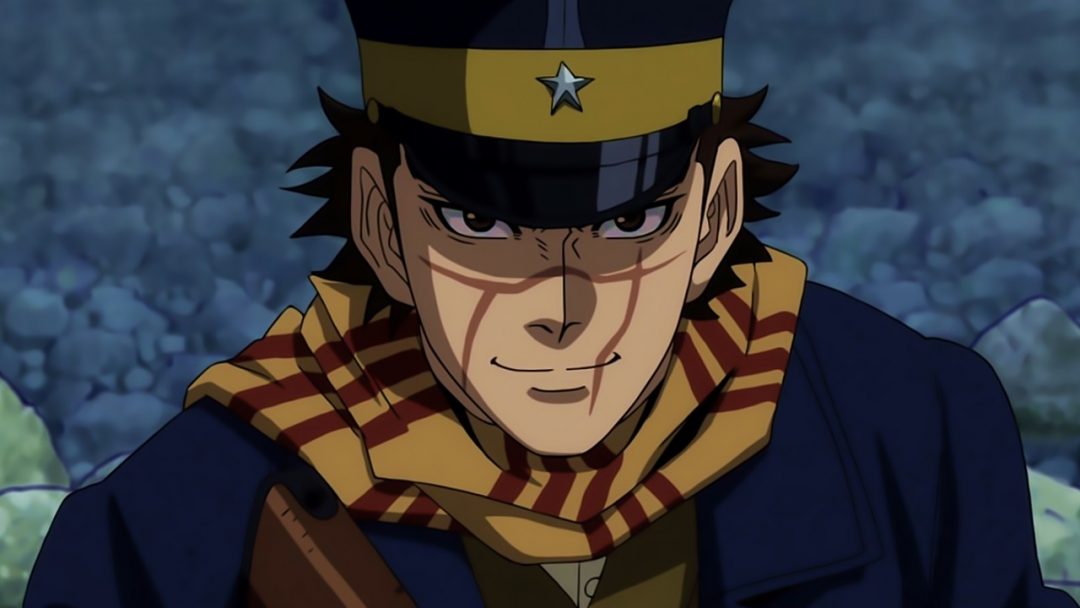 The series tells the story of early 20th century Hokkaido after the Russo-Japanese war. The protagonist Saichi Sugimoto is a former soldier, and after the war, he sets out to pan gold in Hokkaido. He wants to earn more money to support the widow of a dead friend. He hears the story of a gold treasure left behind by the Ainu people and sets out on a quest to find a treasure with his new companions. The main protagonist of the series inspired by a real-life Russo-Japanese war veteran. The Abashiri Prison, where the tattooed convicts escape, is also a real place.

6. The Rose of Versailles 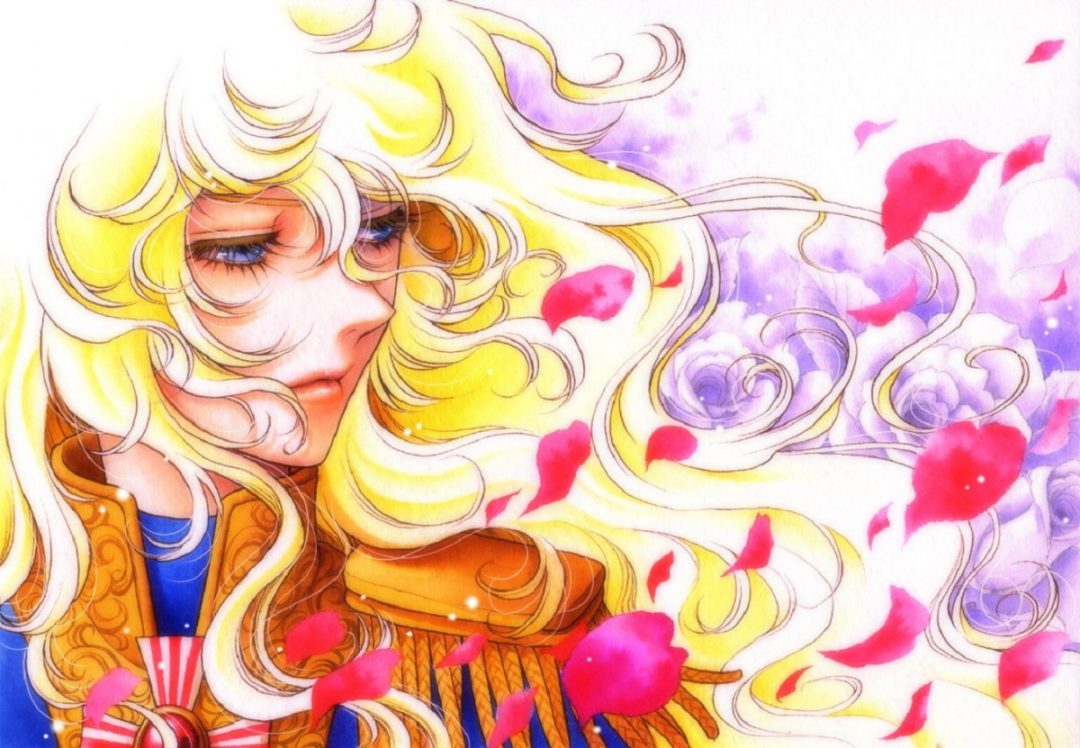 This is a classic anime series inspired by real events. Although the story is full of dramatization, it is actually a very accurate depiction of the French Revolution of 1789. The series tells the story of Oscar Francois de Jarjayes, who was raised a man to be the successor of her father, the leader of the Palace Guards. However, she later leaves the high society and wishes to help the impoverished revolt. Whereas, the other protagonist of the series, Marie Antoinette, is born in the royal family of Austria and is fated to be the future queen of France by marrying the crown prince. The series depicts their life as their meeting is bound to influence history and turn the tides of the French Revolution.

7. Welcome to the NHK 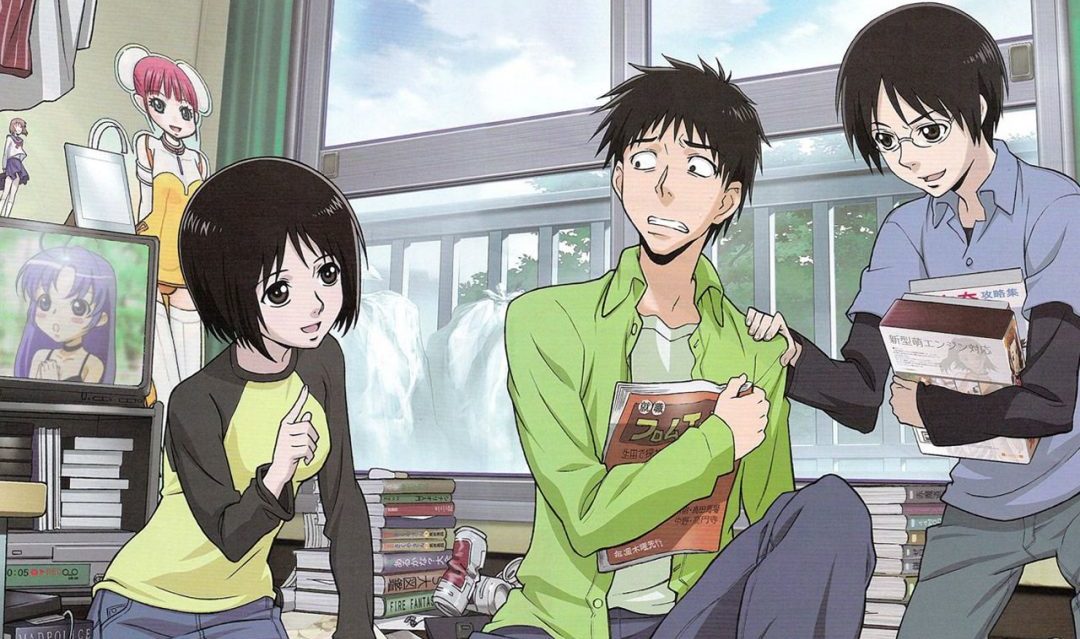 This anime series is a psychological drama with a dark sense of humor. The story revolves around the 22-year-old Tatsuhiro Satou, who doesn’t have a job and feels that the world around him is a conspiracy by N.H.K. He meets a girl Misaki Nakahara who is willing to change Tatsuhiro’s awkward and paranoid personality and turn him into a more confident person. The novel’s author Tatsuhiko Takimoto reveals that this story is based on his personal accounts of being an introvert. He also revealed that he still deals with depression, as shown in the series. Hence, instead of this anime being inspired by true stories, it is actually based on someone’s experiences. 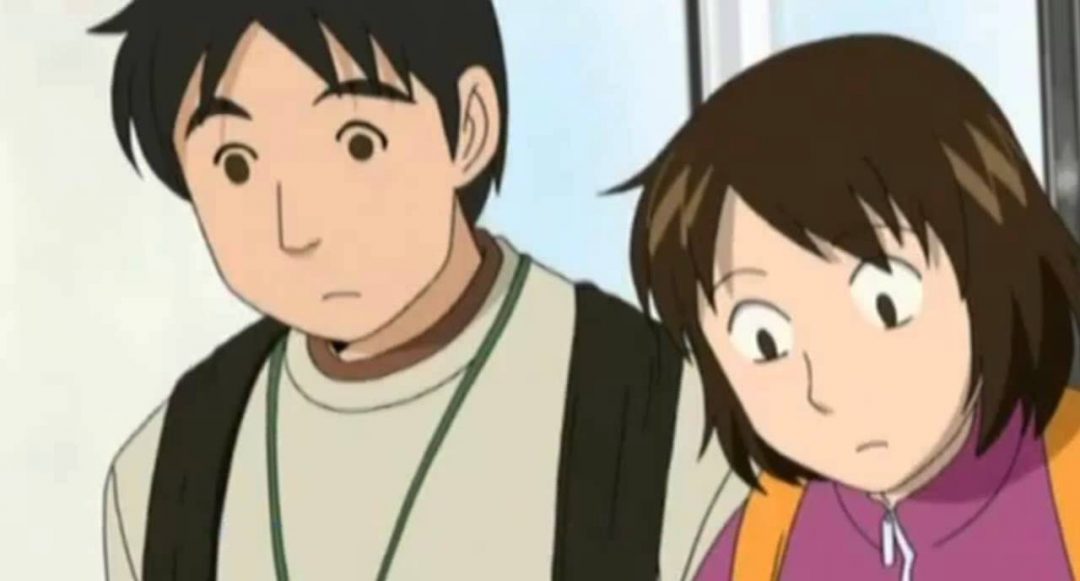 This anime series is a non-fictional story about a travel writer and a manga artist, Hirohiko Yokomi. Interestingly enough, the story is completely non-fictional. Also, it is actually an adaptation of the manga of the same name. Hirohiko Yokomi tells the story in the manga with no fabrication whatsoever. He also says in the disclaimer of the manga that it is non-fiction, and he apologizes for the lack of drama. The series tells his adventures as he travels from place to place in need of inspiration. 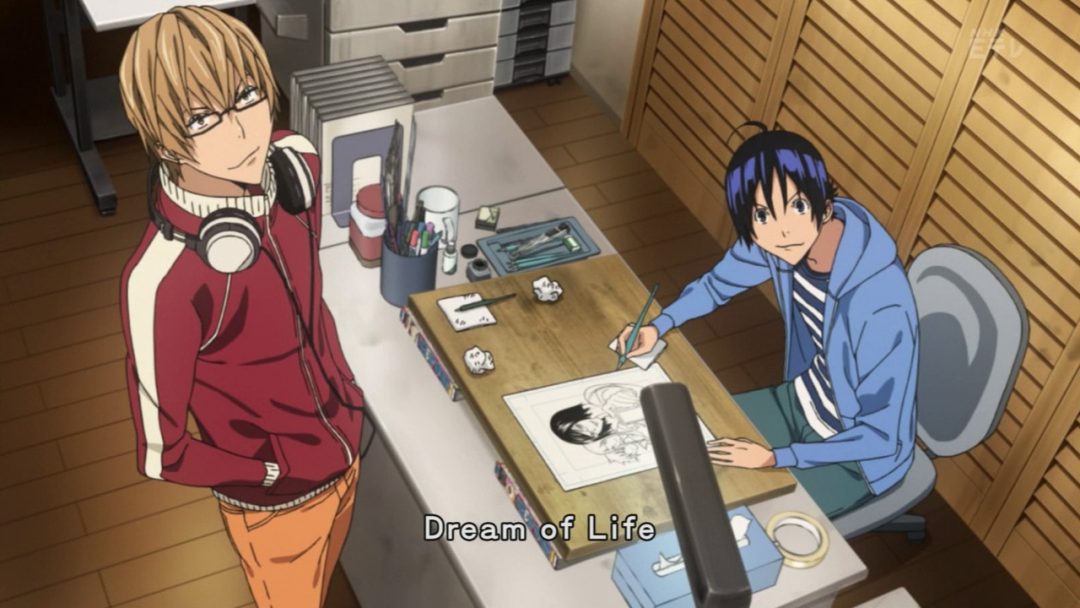 This is another true-to-life anime inspired by true stories. The manga’s illustrator Obata Takeshi and writer Ohba Tsugumi are the creators of Death Note as well. The series follows the life of aspiring manga artists Moritaka Mashiro and Takagi Akito. Moritaka dreams of becoming a mangaka since his childhood, just like his idol and uncle Tarou Kawaguchi. His classmate Akito Takagi, a top student, and an aspiring writer, sees Moritaka’s drawings and notices his talents. Akito approaches Moritaka to become manga artists together. The story is a documentation of the manga artists’ experiences. Although the story isn’t completely based on their life, it is actually a loose depiction of their experiences as manga artists. 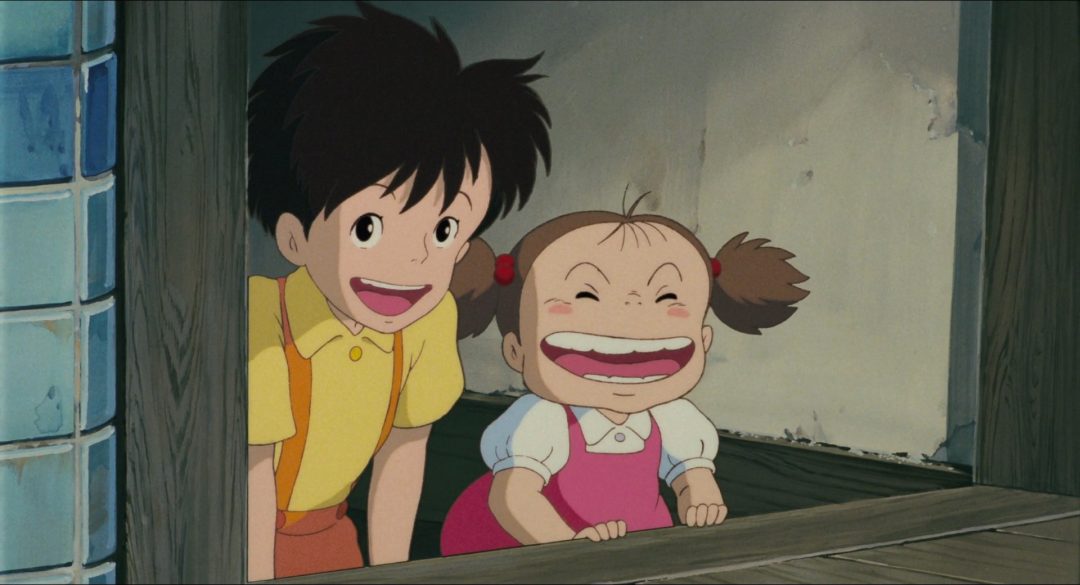 This Hayao Miyazaki’s movie is a partially autobiographical story. The protagonists are two sisters whose mother is suffering from tuberculosis. The movie’s setting is during 1950s Japan, where the protagonists’ father relocates himself with his daughters to the countryside to be closer with their mother who was recuperating there due to her long-term illness. The movie mirrors the actual life of Hayao Miyazaki, whose mother also suffered from the same illness. He also said that the protagonists had to be girls because it would have been a painful reminiscence of his childhood if the protagonists had been boys. The film is an exploration of death from a child’s perspective.