Earlier on that fated day, a man fell from the sky on the remote village of Edger in Iki. The man of missing memories controlled a Brigheight without conviction. He said that he is going back beyond the wall. He said that his name is Back Arrow and left the village. On his way, he came across Shu ad Ren who try to battle him. Shu reveals that he can make copies thousand copies of himself. Arrow sends shu flying, trying to prove that he can defeat more than a thousand with his single punch.

When Ren wanted to clash with Arrow. Shu stopped the battle after realizing that Arrow is useful in his investigation. Shu explains everything to Arrow, who decided that he will stay for a few days. Meanwhile, in the village, Atlee suffered a headache, but she looked for Arrow when she got better. She reveals that Arrow would not be able to make it to the other side of the wall. Atlea got out of her bed and went outside, and she finds Arrow sleeping on the ground.

The latest new Back Arrow Episode 2 will be released on Saturday, 23 January 2021, at 12:00 AM JST. Back Arrow will keep on releasing new anime every Saturday. You can enjoy visiting the Anime’s official website at back-arrow.com. And watch it on AnimeLab and Funimation. Let us take a look below.

Previously on Back Arrow Episode 3

The kids reveal that a lady has come and dropped him here, and they took him inside. In the morning, Arrow got his new clothes made by the best tailor in town. The tailor complains that he destroyed his house earlier when he falls from the sky. Arrow apologized and built a camp for that guy. Eisha confronts Arrow that he must stop dreaming the is no such thing as the other side of the wall. He asks Arrow to follow him, and they both head to hunt.

Eisha reveals the past about her life and how she struggled with her parents. She also reveals how they are trying to survive in the village and tells Arrow not to give the villagers false hope. Meanwhile, Shu and Ren promise each other that they must not tell his majesty about Arrow. They two met with Kai at the HQ, who notice that Shu is hurt. Kais ask if Shu was trying to hit Ren, and she punished him for that.

Shu pretended as if it is true since he does not want the secret about Arrow’s arrival not to be revealed. Kai asks Shu if they manage to locate the second Rakhou, and Shu said he would submit that report after a day. At the village, Arrow does a lot of hunting and offers all the meat to the villagers. Eisha reveals that Arrow has left, and the meat is for them to forgive him. All of a sudden, the villagers got attacked by the soldiers who are looking for Arrow.

The head of soldiers said that they are Iki Territory’s Self defense Force. He is c Commander Tyrone Duster, and since Arrow is not around, they have to slaughter and wipe the village out of the map. The chief villager is worried that only one man’s life is costing the whole village’s lives. Duster unleashes his bind warper and orders the troop to prepare for battle and erase the village along with the villagers. 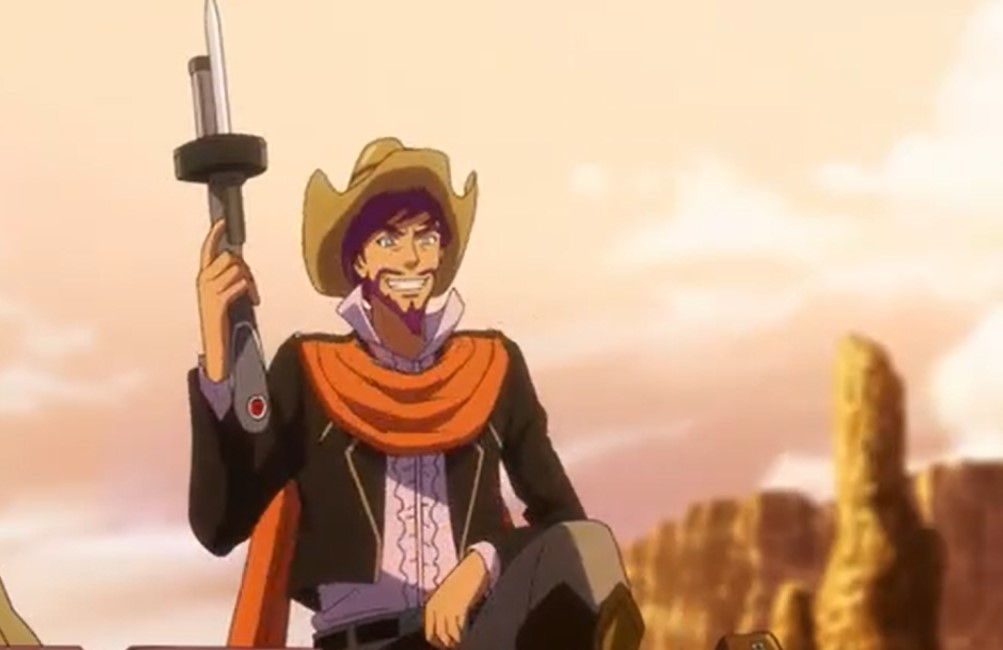 After destructions, Arrow waked upcoming from the water well and said that he did not leave the village. He stayed because Altea wanted him to stay while Altea battles Duster in his armored body. Duster said that a dangerous village like this has to be wiped out since more than two bind warpers. Arrow joined the battle and defeated Duster after a few blows, and he told him in your face, loser.

After a battle, new powers have been awakened in Edger village that wi determine the world’s future. Meanwhile, Shu finds the truth about Arrow and how Arrow falls from the sky. He realizes that the arrival of Arrow has brought world destruction, and Arrow might be the savior. Shu also read the forbidden text Rukoho book and find that everything is true about Arow.

He has found out there is a place called beyond the wall while Eisha witnessed the powers she has never witnessed. Arrow decided that Edger village is his village and he will protect everyone. It has been revealing that if the chosen one finds the truth about himself, he might end up getting the world destroyed. The hope of the village is lying in his hands.

You can find more truth about Arow here: Back Arrow Episode 2. That is how e need today’s post by all of episode 3 updates that we have here for you.