Home Latest Updates Boruto Chapter 44 Release Date, Scans and where you can read it

Even recently released chapter was so amazing that after reading it you will be speechless and will be so much excited that you can’t hold yourself for next Boruto chapter 44.

Recently released Chapter 43 revealed many amazing events in the manga that without reviewing them this post will not go further.

So, let’s start with a quick review of chapter 43 and what’s stuff you are going to find in it. And then below you can check out the release date of Boruto chapter 44.

Warning, there are spoilers ahead in the post and if you don’t want to get spoiled before reading the chapter then I suggest you to stop reading here. But if you don’t mind spoilers like me then welcome.

Boruto chapter began from where it’s left in chapter 42 when Sarada amazed everyone that she knew his dad’s signature justu Chidori. 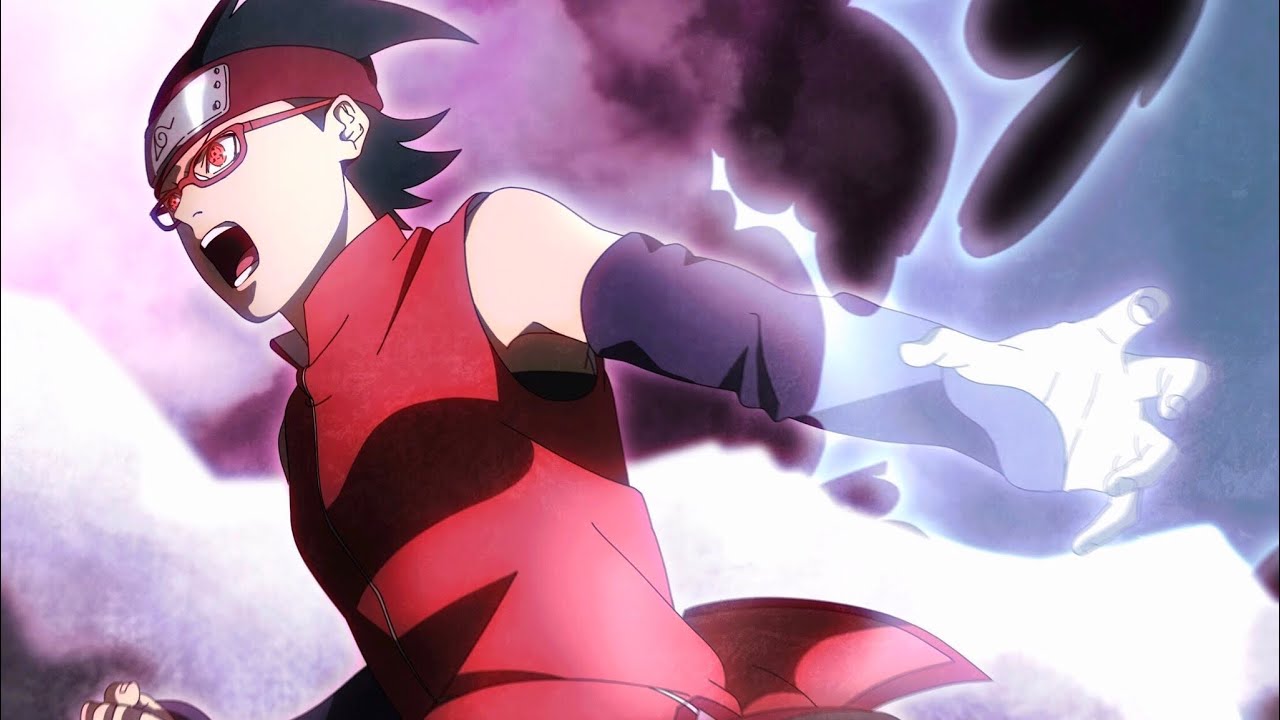 With Chidori, Sarada finally able to snatch away the scientific part that was causing regeneration in Boro.

But it’s like this device not just regenerating Boro’s body but also holding his true form. And now when is the device is destroyed. He can’t able to hold his true form and transformed into a human-octopus.

While Boro transforming team 7 decided to use the time to free Lord 7 (Naruto) from the sealing pot.

But their efforts are not working in opening it. Then Kawaki suggests Boruto to use their Karma power to open a time-space portal. And guess what, it worked.

Finally, Naruto is free and out of that Jigen’s black pot. But he is unconscious.

Then Boro attacked again on team 7 with one of his tentacles which hurt Mitsuki. Then one by one he attacked Kawaki, Sarada and Boruto.

When Sarada was under the grasp of him, Boruto tried to free her but get knocked out by Boro’s punch.

And when Boro was about to crush Boruto with his final punch. Something crazy happened that even amazed fans.

Boruto was transformed and levitating in the air, Momoshiki Ōtsutsuki awakened within the pure eye. (as we all know his soul is in now hosting Boruto’s body).

And we can clearly see Boro’s fear on his face.

Awaken Boruto’s powers is on a different level, he not only Killed Boro but also share some left Chakra with Naruto so when another treat come Naruto can protect Boruto from it.

Then after killing Boro, Otsutsuki form vanished and Boruto’s body came back to normal. But Boruto don’t what happened!.

This scene is enough to tell us that creators really putting their everything to make this manga as awesome as they did with Naruto. Now it’s just a matter of time.

On the ending page, we get the chance to see Kashin Koji. He reached back to his base where Jigen and Kara operates. Doctor, the person who is in charge of scientific ninja tools also standing at the entry. 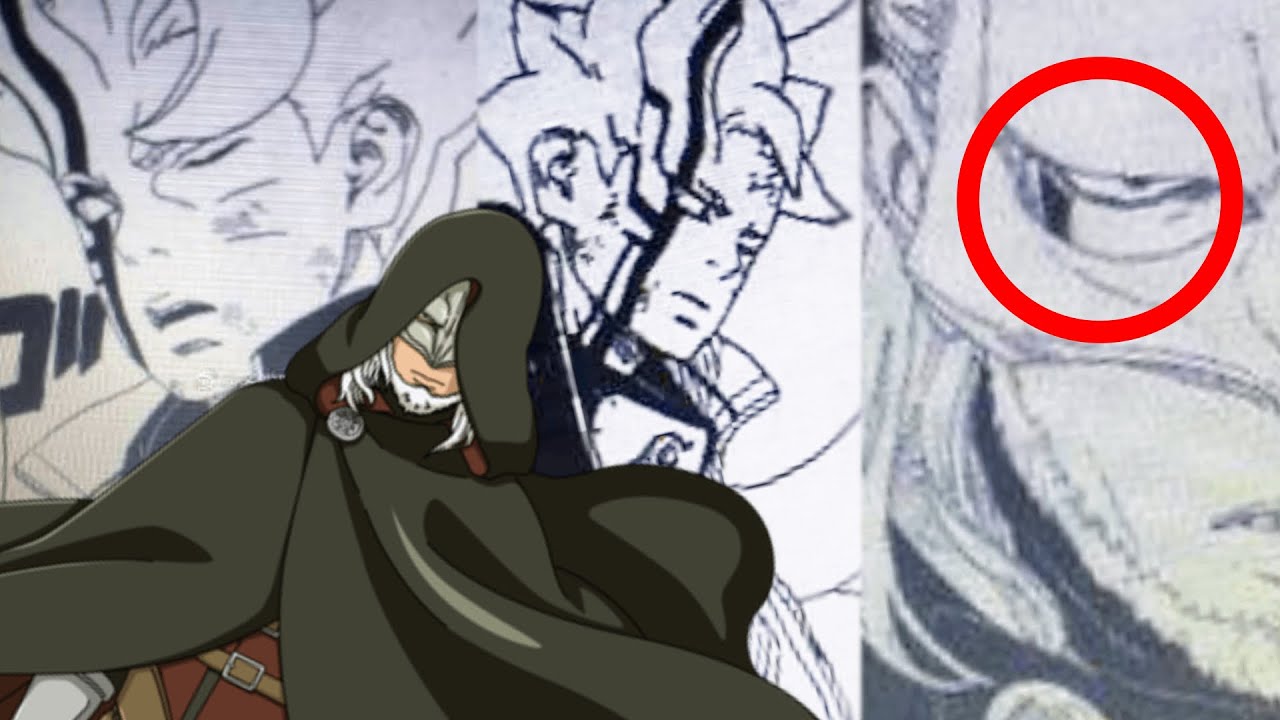 Kashin Koji asked the doctor about Jigen. Jigen is still recharging his chakra from the fight of Naruto and Sasuke.

Another Kara member Code also revealed in this scene when Kashin Koji asked about Boro and Code to Doctor.

We know here is Boro and it’s like this newly introduced member Code is watching Ten tails.

Another big event is revealed in the scene that Doctor is also with Kashin Koji to defeat Jigen and stoping his motives.

And here this amazing chapter ends!

It is mostly circulation questions who is Kashin Koji, what is his motives and why is working in Kara. Well, it’s unknown for now. But it likely his character is like Itachi.

Introduced us like a villain in the Naruto series but was the greatest heroic character of series.

Kashin Koji character also something like that. He was the one who predicted that it’s going to more than for Naruto to defeat Jigen.

Currently, he is now going to face off Jigen lonely on his own. And we will see another amazing fight after Team 7 vs Boro.

Now Naruto is saved, Kawaki and Boruto once again will use their time-space portal justu to move out the place where they currently in.

It’s also possible that Boro is still alive and something under his sleeve and when team 7 about to leave, he will interrupt then Naruto will awake and capture him for Kara inner information.

Well, that’s just a prediction that may be possible or not. Let’s wait for the release of Boruto chapter 44 and see what it has for us.

Also Read- Dragon Ball Super Chapter 58 Release Date, Predictions and Where You Can Read it

Boruto manga chapter 44 will release on Friday, 20 March 2020. You can read Boruto chapter 42 after the countdown hits zero on official viz media website.

Where you can read Boruto Chapter 44

You can read Boruto chapter 44 officially on viz media’s site. It will be also available on Manga plus and Shonen Jump’s app after it’s release.

That’s all guys, hope you like the article, if you loved this one then share it with your manga or anime lover friends. And don’t forget to comment below what you think and your predictions about Boruto chapter 44.

Hey! don’t forget to check out this amazing video,

One Piece Chapter 973 Release Date, Predictions & where you can...

Dragon Ball Super Chapter 58 Release Date, Scans and Where You...

ABOUT US
Superheros Home is your Anime/Manga news, entertainment website. We provide you with the latest breaking news and videos straight from the entertainment industry. Superheros-home.com participates in the Amazon Associates Associates Program, an affiliate advertising program designed to provide a means for sites to earn commissions by linking to Amazon. This means that whenever you buy a product on Amazon from a link on here, we get a small percentage of its price.
Contact us: [email protected]
FOLLOW US
© Copyright 2019, All Rights Reserved Superheros-home.com  |  Site designed by SemClouds.com