Boruto Chapter 51 Release Date: Manga fans are just loving Boruto, the way it’s going every month with bombing amazing chapters fans cannot able to hold themselves of thinking that what’s going to next.

nad in this post we are going to see the upcoming Boruto chapter 51 release date, Spoilers and raw scans. So stay tuned with me!

Chapter 50 is just launched on September 18 and shows a rematch od Naruto and Sasuke duo against new Otusuki clan member Issiski but the only difference is here now that he is way more stronger than he was in Jigen body.

A little request, Corona pandemic is still going on but creators still making manga in this period for fans!

So, please support the creators by reading manga from official sites.

Amado and Kashin Koji dragged out Issihiki from jigen’s body but if Naruto nd Sasuke can’t able to stop him then everything is going to waste as he will capture Kawaki and put his karma.

And chapter 50 showing us the efforts of this rematch.

So let’s start with a recap of Boruto manga chapter 50.

Spoiler warning- Many spoilers ahead of chapter 50 in this post and my suggestion is to read chapter 50 before moving or just skip recap part if you don’t wanna be spoiled. 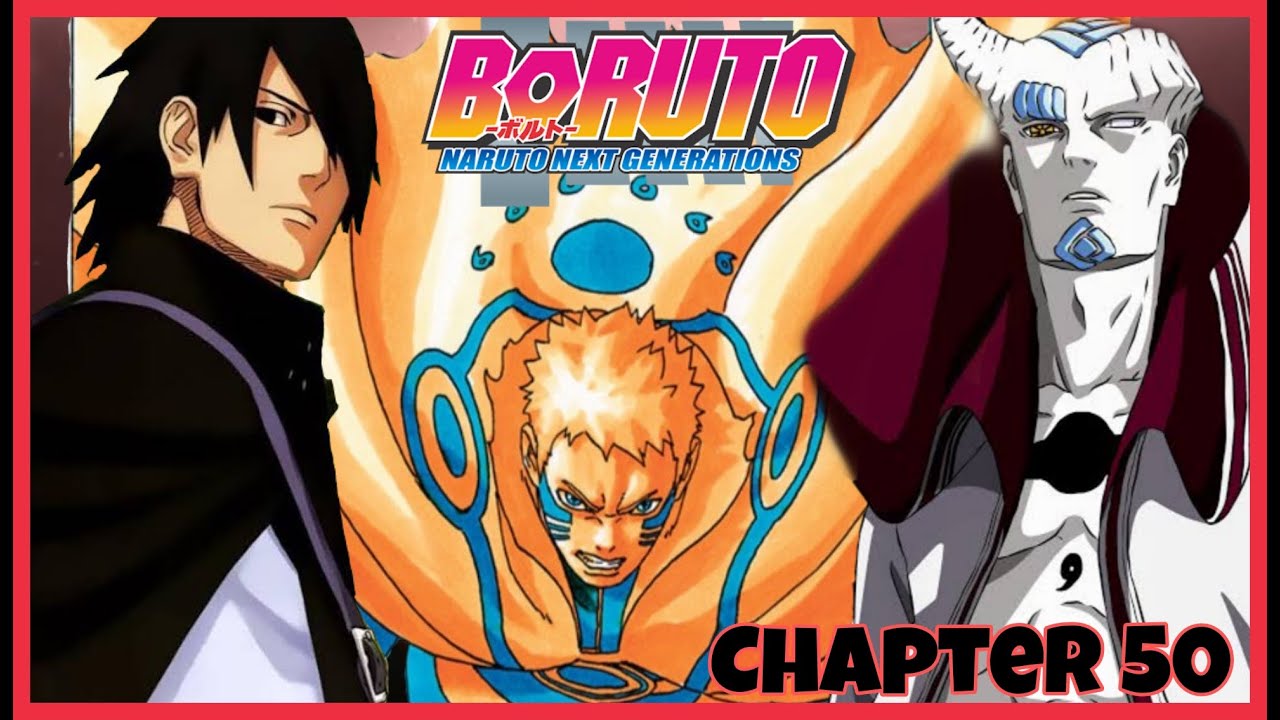 This chapter begins with everyone landing on the dimension where Boruto got himself with Isshiki and Naruto, Sasuke follows him.

Naruto asked his son where they were but even Boruto don’t know this dimension he just used his karma powers to teleport. He just wanted to stop Isshiki destroying village drag him here.

Isshiki didn’t give them enough time to talk themself and made his first move towards Boruto.

Naruto tried to get in his way but still, he grabbed Boruto said to him that “Uzumaki Boruto, Momoshiki’s vessel your OhstustsukiFication is 70 no maybe 80% completed. Show me how much powers hide within you”.

Then Sasuke heads towards Issihiki to free Boruto with his legendary technique Chidori although Issihiki easily stopped him and with just an attack he dropped on the ground. 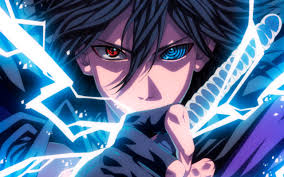 According to Issihiki, this place is a forsaken place and he is now going to kill everyone so none of them again interfere with his plans again.

Scene charge to Konoha village,  where Kawaki gained his consciousness, Amado sitting behind him and told him about the situation.

His karma is gone now if they able to stop implanting another karma on Kawaki then he is free and without another vessel, Issihiki will be dead in a few days.

The scene again changed back to the battle. This time Naruto confronting Isshiki and it’s like he also can’t able to land a single attack on him.

Naruto summoned his shadow clones and finally grasped Isshiki with both tail beat chakra mode hands and behind of Issihiki Sasuke is coming with Chidori.

But when his Chidori was about to touch back of him, Issihiki used his visual justu to summon some black boxes around them.

All the shadow clones are destroyed and Isshiki also vanished from the sight.

And out od smoke issihiki attacked on Sasuke with a black rod, he tried to block the attack with his sword but Issihiki made his sword tiny with his powers.

Sasuke is now fallen to the ground and his sword is in Issihiki’s hand ready to attack him.

Boruto came in time to rescue Sasuke and snatch away fas from Issihiki.

And here’s an amazing thing happened while Boruto was saving Sasuke Isshiki himself stopped. It’s like he doesn’t want to kill Boruto.

Even Boruto confirms this.

And on this suspense, this chapter ended here.

On the last page, Amado telling that Boruto has the key to winning this battle.

But to know more about this key powers we need to wait for the release of Boruto chapter 51.

Here are my Predictions,

I think Issihiki want to avoid killing or injure Boruto as we know when he was in danger situation Momoshiki takes the command of his body.

And it turns out that even Issihiki want to avoid this situation because fighting another Ohstutsuki is not in his plan with two more monsters Naruto and Sasuke.

In the condition, I think his defeat is confirmed.

But still, it’s just my prediction.

Boruto manga release new chapter every month, So next month,

Boruto manga chapter 51 will release on Tuesday, 20 October 2020. You can read Boruto chapter 51 after the countdown hits zero on the official viz media website.

Boruto manga upcoming chapter’s spoilers and scans are not leaked yet but when they are available, It will be posted here so you can stay updated.

Make sure to join our Telegram Channel to stay updated!

Where you can read Boruto Chapter 51

You can read Boruto chapter 51 officially on viz media’s site. It will be also available on Manga plus and Shonen Jump’s app after it’s release.

That’s all guys, hope you like the article, if you loved this one then share it with your manga or anime lover friends. And don’t forget to comment below what you think and your predictions about Boruto chapter 51.