There was an incredible battle that took place during the encounter with Isshiki. Things got so desperate that Kurama suggested Naruto to use a suicidal technique. Isshiki was not properly revived, so the effect of Naruto’s Fusion Jutsu led to a fast death for Isshiki Otsutsuki. Additionally, his ambition to put the Karma again on Kawaki failed too. Naruto, Sasuke, Kawaki, and Boruto barely got through the ordeal. Now, Boruto Chapter 55 covers more of the stuff that follows Isshiki’s defeat. This chapter will come out on February 19, 2021. The raw scans for Boruto chapter 55 are out, and here are the spoilers from those initial manga panels.

This chapter is focused on the inner Kara member Code. He is out on the battlefield and realizes that Isshiki just disappeared. We see on his hand that Code is also an Otsutsuki capable of absorbing and releasing Jutsu. Code was never introduced into the fight prior, but he is now set up to be the next villain.

There is a glimpse into outer space where we get a look at an intimidating extraterrestrial being. He has the Byakugan eyes all over his body and in the space around him. It is as if he is looking at the stuff happening on Earth from outer space.

Boruto and Kawaki pull out their Karma powers to teleport everyone back to Konoha as the fight is over. However, Naruto is in despair. It seems like the Chakra Fusion Jutsu did have its consequences. While Naruto is alive, Kurama says goodbye to his old friend and disappears. The Nine Tails is gone.

Kurama kept talking about how this jutsu could kill Naruto. After his fight with Isshiki, Naruto was exhausted, but he was not dead. It seemed like he pulled out his power at the right time to avoid long-term damage. We were expecting a life-shortening or aging effect on Naruto. Instead, Kurama was talking about himself all along. It is mostly Nine Tails’ power that gives Naruto such an incredible boast against powerful enemies. Most of the Chakra used was from Kurama. Turns out, Kurama has disappeared, it was the Nine-Tails that dies.

Additionally, the chapter focuses on Code. Not much was known about him till now, but he had a peculiar personality. Code was left behind when Jigen/Isshiki heads out to take his Vessel back. However, Code caught up to Isshiki, and through the premonition, we assume that he is instructed to continue the legacy. The greatest villain for the series, the source of all Otsutsuki watches from a distance, and this only complicates this alien threat. First, it was Kaguya, and now Isshiki came close to reviving himself and bring another deep sleep to the earthlings. 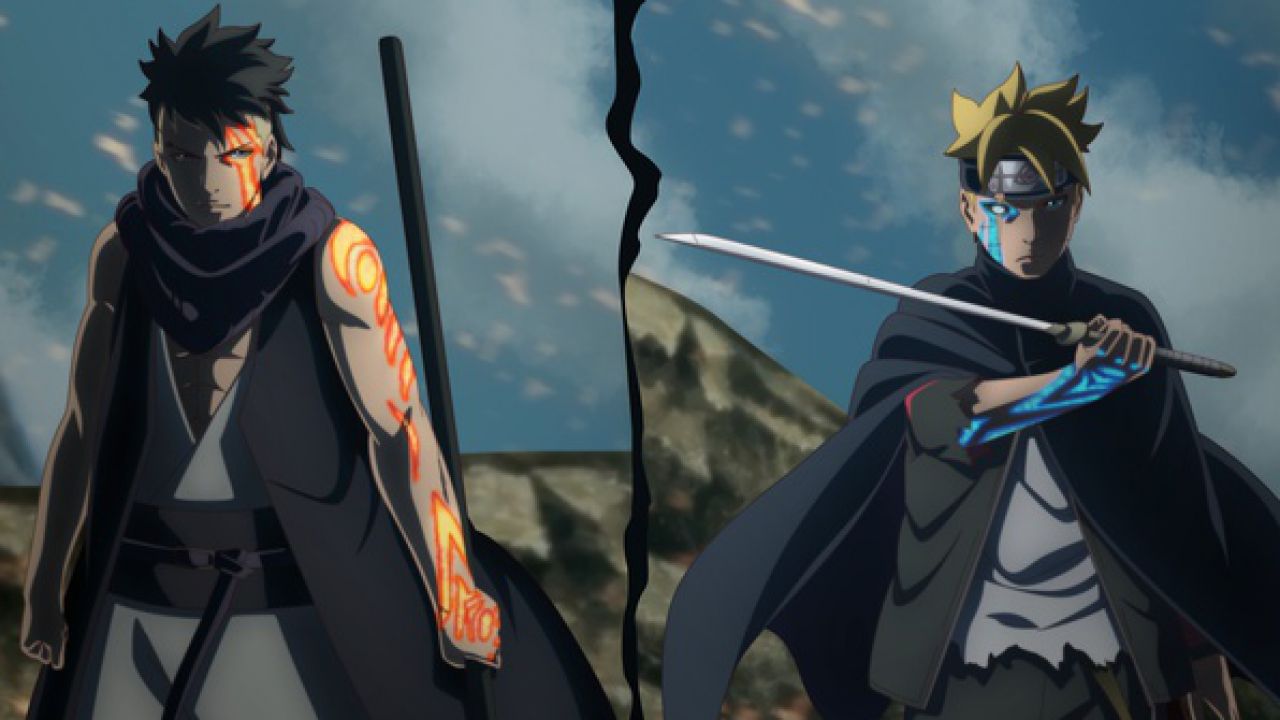 Code will not be relevant just now. He will be back to cause more problems, but for now, the imminent threat is resolved. Both Boruto and Kawaki escaped with their lives. Boruto is still possessed by Momoshiki’s Karma, and this is a life threat for him. Isshiki’s Karma was downloaded into Kawaki’s body, and he is still able to use those Karma powers. As for Sasuke and Naruto, they were completely destroyed during this fight. Naruto has lost the nine tails while Sasuke can barely retain his chakra. The new generation is ready to take over.

Read: The Legend of Naruto and Sasuke is Over, Thanks To Boruto Manga

The only one lost in this fight was Kurama for the ninjas. On the other hand, Kara is devasted. Not only did Kashin Koji and Amado betray Kara, the main leader, Jigen/Isshiki, was also defeated. They had ten tails in a separate dimension that is now in control of Code. But the ‘nine tails’ is gone, so the ten tails tree can never be completed now. Granted, if Naruto does not figure out a way to bring Kurama back in the future. Code would wait for Momoshiki to reappear, but we know that will not happen. Isshiki said that Momoshiki is 80% downloaded inside Boruto. But we saw a much older Boruto fighting Kawaki on the ‘face mountain’ at the start of this series. The best thing that we can hope for is that Amado will figure out a way to put a stop the Karma.