For any individual, the most important part of his life is his family. A place where you’re welcomed as you step into this world, the place where you’re nourished every day to make you stronger. A place is full of people who feel blessed to have you and can go to any lengths to protect you. Family isn’t a matter of choice, you never get to choose the people you belong to. Instead, you love them unconditionally, and they love you back in the same manner. No demands and no hopes in return. But what if the people who were supposed to stay with you all this while being taken away from you? That’s pretty much the story of Alt Balaji’s and Zee5’s upcoming family drama titled Crashh.

Promotional poster of the series

After a lot of anecdotes being teased by the cast of the show, the official trailer of the show has finally been dropped on YouTube a couple of hours ago. The show is a narrative of four siblings who are separated by fate in their early childhood after their parents couldn’t survive a car crash. The siblings are taken to an orphanage, where one by one, they get adopted and carry on with the new lives that destiny has surprised them with. Even though all four of them are flowing with their newer self, there something that keeps pulling them back and makes them feel hollow on the inside-each other’s absence in their lives. 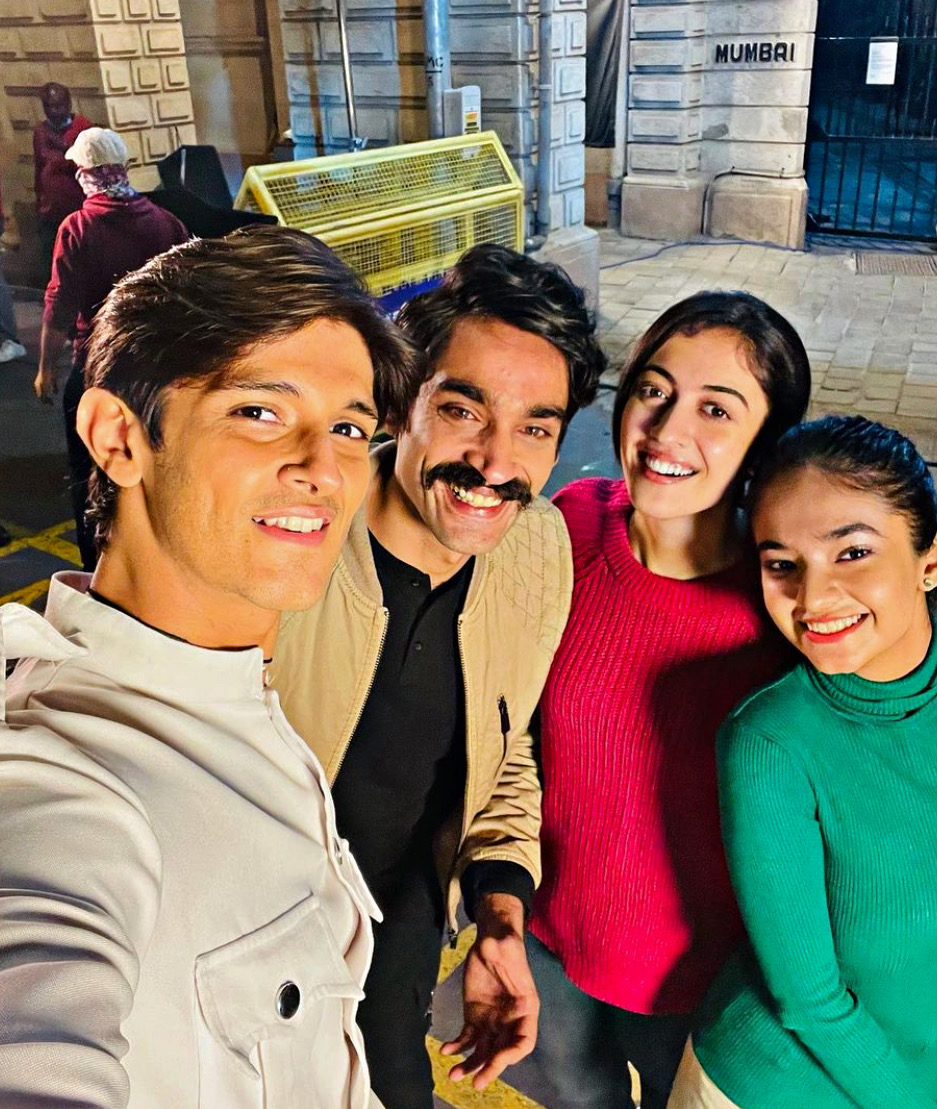 As the trailer begins, we see that the youngest child gets adopted first and is separated by the other three. Eventually, one by one, all three of them are adopted and are given a new life. We are then introduced to Kajal, the second child of her parents, who doesn’t seem quite happy with her current life. She has recently begun going to her college but is upset about the fact that her mother doesn’t seem anywhere interested in her life. She still has an old photograph of her siblings, which she has managed to keep secure even after so many years. Her mother accepts the fact that she adopted her with a selfish motive. At one point in time, she was lonely in her life and saw Kajal as a source of love that she should welcome.

Secondly, we get to know about Kabir, the eldest child, who has grown up to be a police officer. A sense of hope of getting back to his siblings lightens in his heart, whenever he sees the article or advertisements of people reuniting with their families after years. Then we come across Alia, a young diva belonging to a well to do family who has a great social life and a home full of luxuries and ease. And not to forget, last but not least, we come across Alia’s driver Rahim, who feels like addressing Alia as ‘baby’ or ‘ma’am’ feels weird, maybe because he has a different bond with her. And maybe he is right. Alia and Rahim are twins who were separated from each other and their other two siblings by fate. 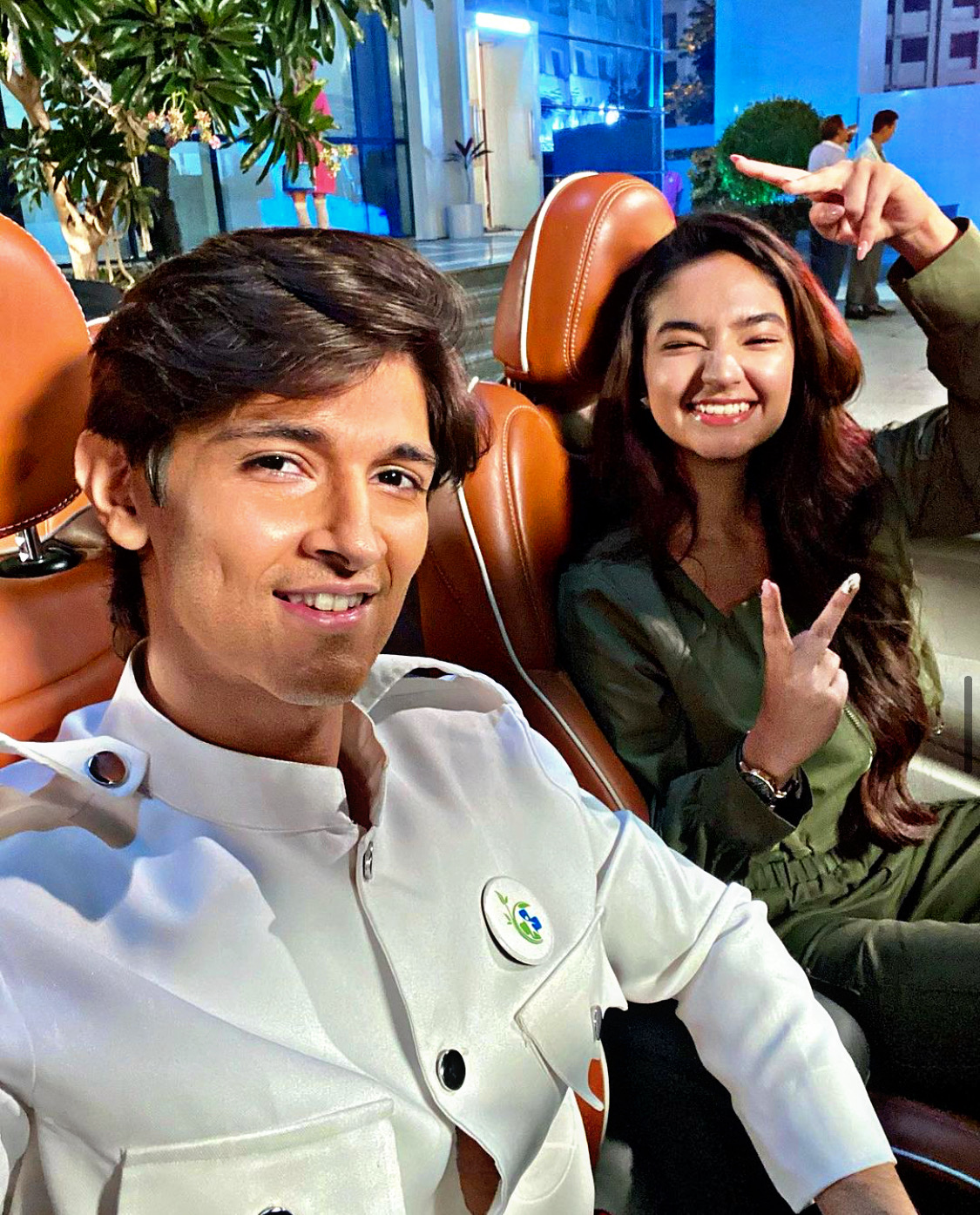 But as the trailer progresses, we see their pain hidden behind their appealing happy lives. The pain of not being able to find their families, the pain of losing their parents, the pain of knowing that someone out there is their own person, but still, they have no clue how to get back to them. All they have is a single hope that one day all four of them will get united and they’ll never have to be alone, ever again. We soon come across Dr. Rishabh, who seems to be their guarding angel. The siblings, however, cross paths with each other, unaware of how they’re related by heart and blood. Kajol meets Kabir in a police station while she feels miserable after an accident, and he helps her get rid of her problems. Meanwhile, Alia and Rahim have been with each other all this while but still don’t know that they’re family.

4 siblings, and one #Crashh that changed their lives forever. Will their destiny change this valentine’s day?#Crashh Trailer out on 3rd Feb; Show streaming on 14th Feb on @altbalaji & @ZEE5Premium@ektarkapoor @rohan4747 @zainimam01 @anushkasen_04 pic.twitter.com/t2LWgjcOaI

But getting back isn’t as easy as it seems. All four of them had been adopted back in 2001, and the orphanage has no records saved because that year, the orphanage didn’t follow any adoption laws. They have no records of kids that were sheltered under their roof and even no records of people they’ve handed over the orphans to. All these acts of neglect are now standing as a barrier between the siblings who want to get back to each other. Had they been together, they wouldn’t be suffering so much in their lives presently. Rahim was adopted by a lower-class family, and that has restricted him from living and wishing for his dreams of becoming a dancer. He is forced into being a driver, more specifically a servant, of has no right to dream beyond his financial status. He is seen opting for inappropriate ways of earning money and is soon captured under the police’s view. 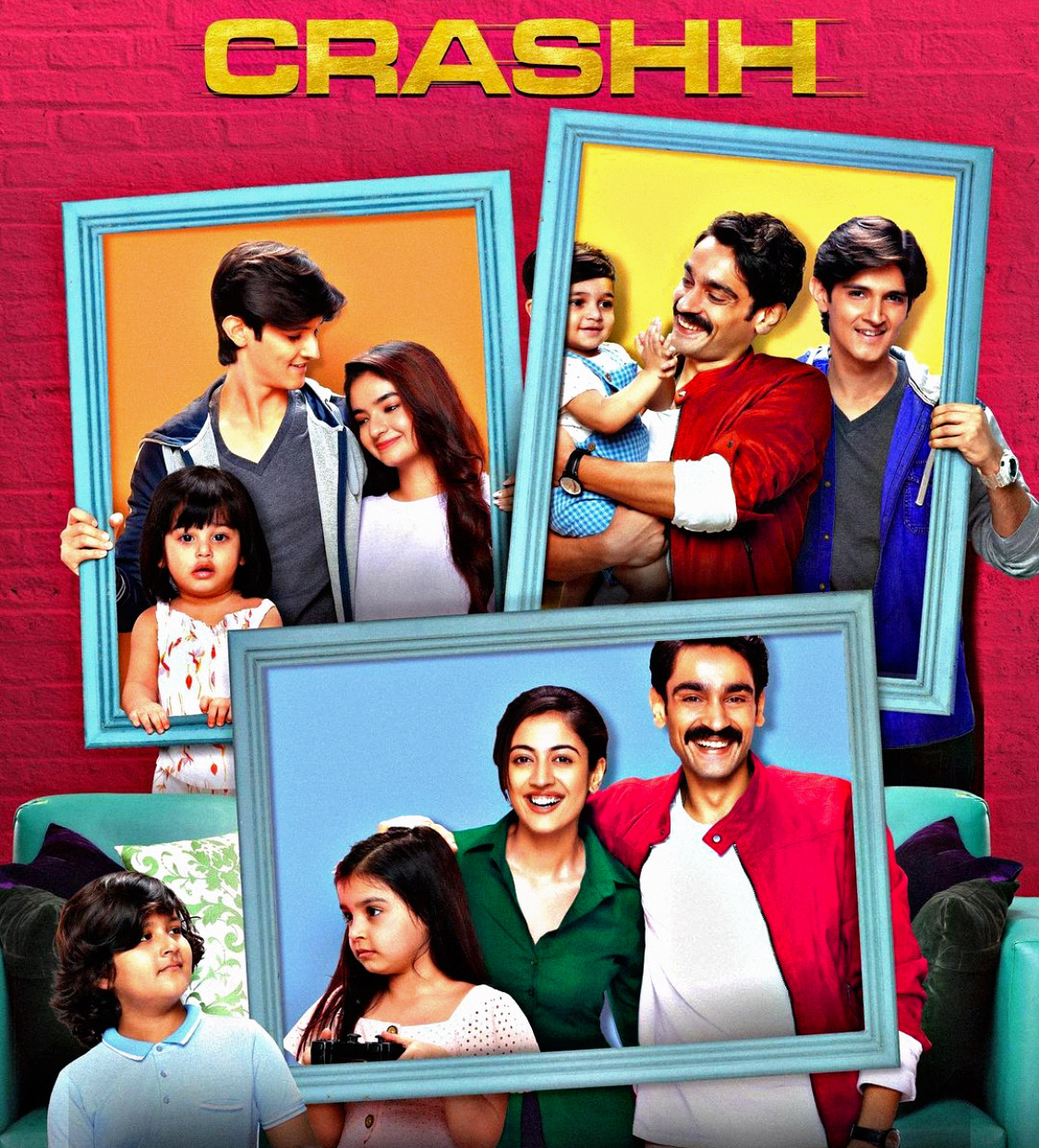 Promotional poster of the series

But that’s not all. Alia, whose life seems to be perfect, isn’t so too. She, too, has things she needs to deal with, and Kajal accuses her of being a clever soul behind the pretty face she carries. Kajol is a love-deprived girl, struggling to find his family back, and Kabir, too, has only one thing he has been wishing for years, his family. He feels broken when every attempt of his fails, every time he tries to find a way back to them. But he is adamant and says that since he is the eldest of them all, it is his responsibility to get back to them. Will the four siblings who fell apart years back be able to find their way back to each other? Will they be able to leave behind their present lives and begin a new life together? Well, all this seems so heart wrenching yet heartwarming at this same time. So if you’re also trapped in this dilemma, don’t forget to tune in to the show that is scheduled to premiere on 14 February 2021 only on the online streaming platforms Alt Balaji and Zee5. 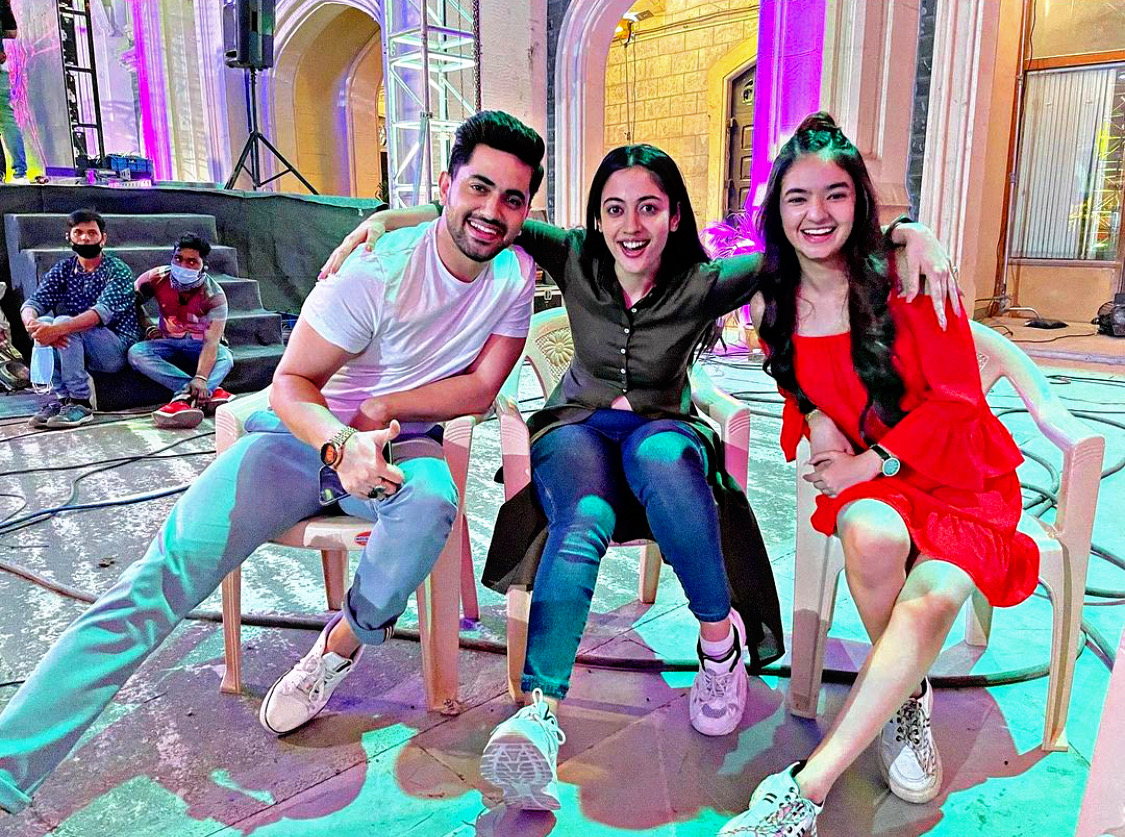 Now coming to more details regarding the show, the show being a narrative of four siblings features an ensemble cast. The character of Kajal is portrayed by Aditi Sharma who made her debut in the entertainment industry in 2017 through Guru Randhawa music video titled Taare, where she was cast alongside the singer. Then she went on to appear in a few more Punjabi music videos and finally made her television debut with Zee TV’s show titled Kaleerein. She gained much popularity after she was cast in Star Plus’s fantasy romantic show Yehh Jadu Hai Jinn Ka! The character of Alia is portrayed by Anushka Sen who is a popular young actor. She has done prominent roles in popular shows like Baalveer, Jhansi Ki Rani, Internet Wala Love and managed to rise to fame throughout her social media handles.

Then, the character of Rahim is played by Rohan Mehra, who rose to fame after being a part of one of the most popular shows on Indian Television, Yeh Rishta Kya Kehlata Hai. He has been a part of various other shows like Bade Acche Lagte Hain, Sasural Simar Ka and appeared in films like Uvaa and Sixteen. He also participated in the reality show Bigg Boss season 10. Then comes Kabir, who is portrayed by Kunj Anand, who has been widely appraised for his work in Zee 5’s Dark 7 White and for his role of ‘Harman Mudki’ in a web series titled Your Honour. And not to forget the character of Dr. Rishabh, who is portrayed by Zain Iman, who is one of the most loved actors in the Television Industry. He made his television debut with the popular young adult show Kaisi Yeh Yaariyan. Then he went on to appear in shows like Tashan-E-Ishq and Yeh Vaada Raha that aired on Zee TV. He went on to make his strong appearance in Naamkarann and Laal Ishq and also participated in the reality stunt show Khatron Ke Khiladi season 9. 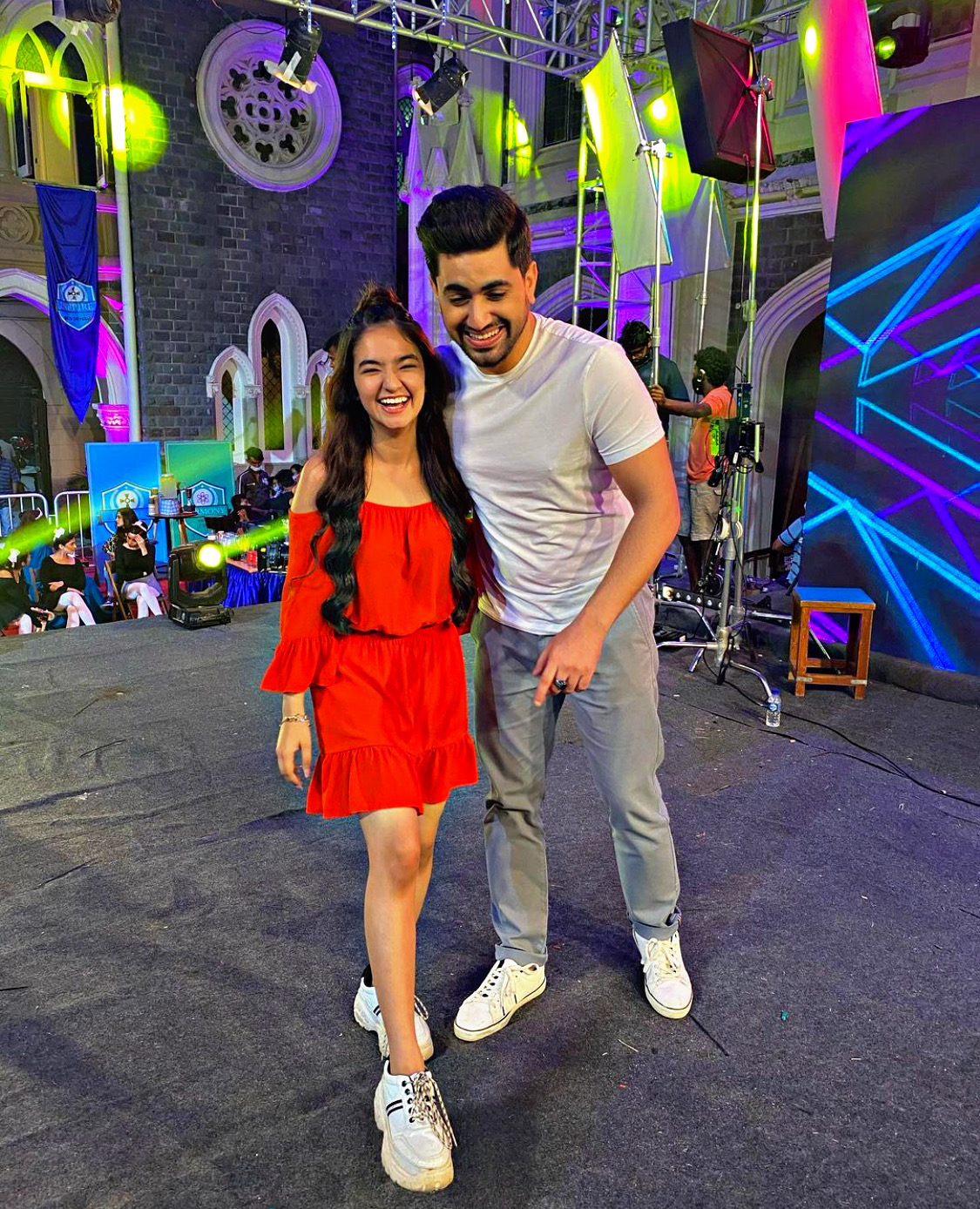 The upcoming series appears to a perfect amalgamation of a talented cast and a heart-touching storyline that needs no unwanted twists and turns to it. So don’t forget to binge watch it at the comfort of your home on 14 February 2021.