Demon Slayer: Kimetsu No Yaiba Chapter 196 Release Date: Demon slayer manga getting more and more intense as it is going to it’s final climax battle of Muzan and demon slayers. Only 40 mins remain for sunrise and finally, Nezuko arrived.

This week’s released chapter is way more amazing than it’s previously released chapters. Creators proved again that they are giving their all so they can make it as amazing as they can.

Chapter 195 showed many events that will surprise you and after reading it you cannot able to hold your breath for the release of next demon slayer chapter 196.

So, without wasting any more time let’s start with this week’s released chapter 195 review and what’s you are going to find in it.

Please note, there are major spoilers ahead if you haven’t read chapter 195 yet and not want to get spoiled then please stop here.

Muzan has become so weak that his all scars are out of the skin that Yorichii gave him 400 years ago.

According to Muzan, Yorichii’s given slashes still burning into him.

Snake pillar Igoro still fighting blindly, with the help of his pet snake Kaburamaru. Then Tanjiro thought about using Yushiru’s papers so it can help in Igoro’s vision. 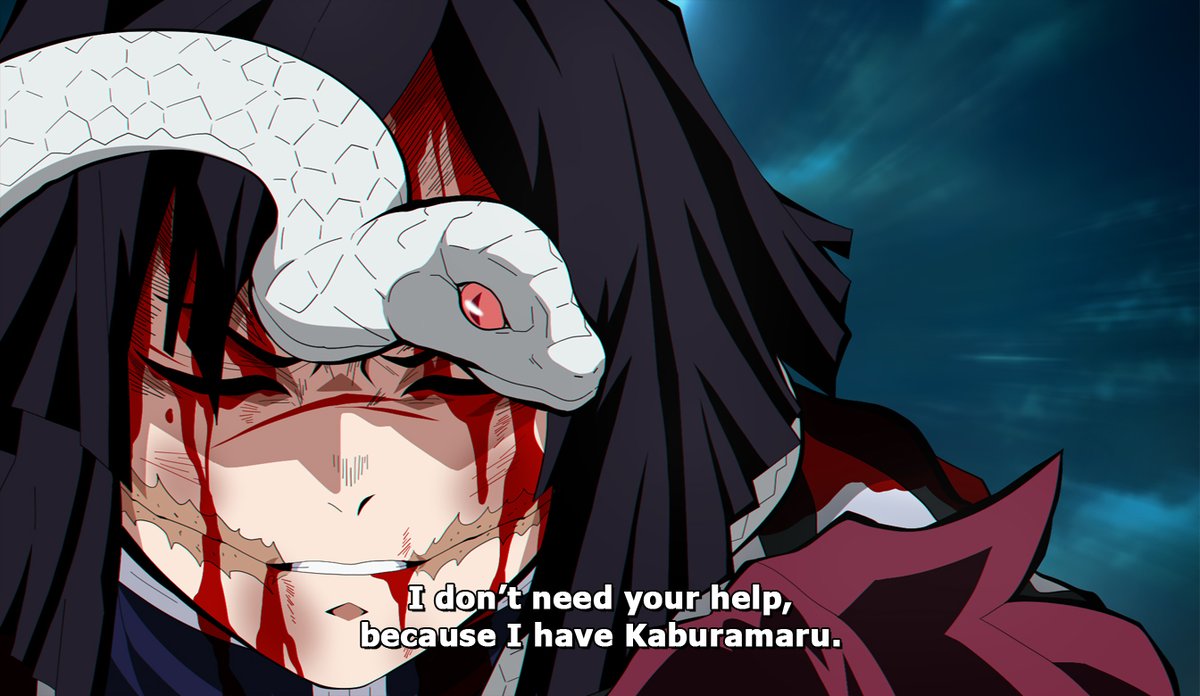 Then crow came and announced that only 40 mins remained for sunrise. After hearing that Muzan is scared that he just wants to escape so, he began running out of town, crushing and cutting dead demon slayer bodies on the way.

Seeing that, Tanjiro got so pissed that he throwing away swords to Muzan.

Muzan is now out stamina or you can also say at his limit and so weak state he can’t even let himself get a slash but suddenly, Snake pillar pierced his neck with his sword.

They can’t let Muzan escape after this much damage. Tanjiro and Igoro fighting with everything they got. So, they can hold him until sunrise.

In the ending page, We can Nezuko finally arrived at the town where Tanjiro and Muzan fighting.

She is now in the state of half-human and half-demon. Even with her human eye, she is crying and tears are dropping out of her eye.

And here’s this chapter ends!

Finally, Nezuko is in the battlefield and when Muzan is about to escape she will stop him.

But I think Muzan will use Nezuko to get her powers, as we know now she can walk in the sun.

Then the sun also will effect on Muzan and he will be fighting Demon slayers without any fear.

Well, that’s just a theory which may be true or not.

Let’s wait for the release of demon slayer chapter 196 release and see what’s it holds for us.

Join our telegram for all leaked raw scans, spoilers and early chapters.

Where you can read Kimestu no yaiba Chapter 196

You can read demon slayer manga 196 officially on the viz media site. After release, this chapter also available on Mangaplus and Shonen Jump app.

You can also read it on many unofficial sites like mangareader, foxmanga and many more or just google it but I suggest you read it on the official site to support them.

That’s all guys, hope you like the article, if you loved this one then share it with your manga or anime lover friends. And don’t forget to comment below what you think and your predictions about Demon Slayer chapter 196.

One Piece Chapter 973 Release Date, Predictions & where you can read it

Dragon Ball Super Chapter 58 Release Date, Scans and Where You Can Read it

Superheros Home is your Anime/Manga news, entertainment website. We provide you with the latest breaking news and videos straight from the entertainment industry. Superheros-home.com participates in the Amazon Associates Associates Program, an affiliate advertising program designed to provide a means for sites to earn commissions by linking to Amazon. This means that whenever you buy a product on Amazon from a link on here, we get a small percentage of its price.
Contact us: [email protected]
© Copyright 2019, All Rights Reserved Superheros-home.com  |  Site designed by SemClouds.com
MORE STORIES

Demon Slayer: Kimetsu No Yaiba Chapter 192 Release Date and Where...

Black Clover Chapter 237 Release Date and where you can read...