Hailee Steinfeld is all set to shine on television screens for the coming years. Let it be her debut in Marvel Cinematic Universe in the upcoming Disney Plus Series Hawkeye or the ongoing Apple TV plus drama Dickinson. Last episode we saw Emily Dickinson finally taking a step ahead and publishing her poems. But when she meets one of Austin’s friends at a tea party, nothing goes as planned. Created by Alena Smith, Dickinson takes us back into the life of great poet Emily Dickinson with a modern-touch to her story. The series is currently on its second season covering 9 episodes so far. Here we are taking a look at what we can expect from the upcoming 10th episode of Dickinson Season 2.

Dickinson follows the story of writer Emily Dickinson who comes across the human lives of her time. The show tells her perspective about society, gender, and family. A world that doesn’t fit with the way she imagines it should be. So, let’s begin with taking a look at what happened in the ninth episode of Dickinson Season 2 titled,” I like a look of Agony”. Then we will take a look at what we can expect from the 10th episode.

Read More: What To Expect In Servant Season 2 Episode 7?

Recap: Dickinson Season 2 Episode 9 ” I like a look of Agony”

The episode begins focusing on two tea-parties organized by Emily’s mother. The first tea party is Edward’s Investors Meeting. The other is a  college reunion. The episode opens up with an argument between Edward and his son Austin. The matter is Edward’s decision into investing in Sam Bowel’s Newspaper. The decision certainly doesn’t go well with Austin. He believes that his father still treats him like a child. The argument between father and son ends with Edward mocking Austin. He calls him a failure and makes fun of his carefree life that he is living.

Before the argument gets any further, Sam Bowles arrives with news and a great plan. He talks about John Brown’s rebellion in Harper’s Ferry and insists to capitalize on the situation. While Edward and Bowles discuss over it, Austin makes his leave. While Austin is leaving the house, he comes across Henry who has been a longtime supporter of Henry Brown. Now, that John Brown’s rebellion is in process, his life is in danger. He says his final goodbye to Austin before leaving. 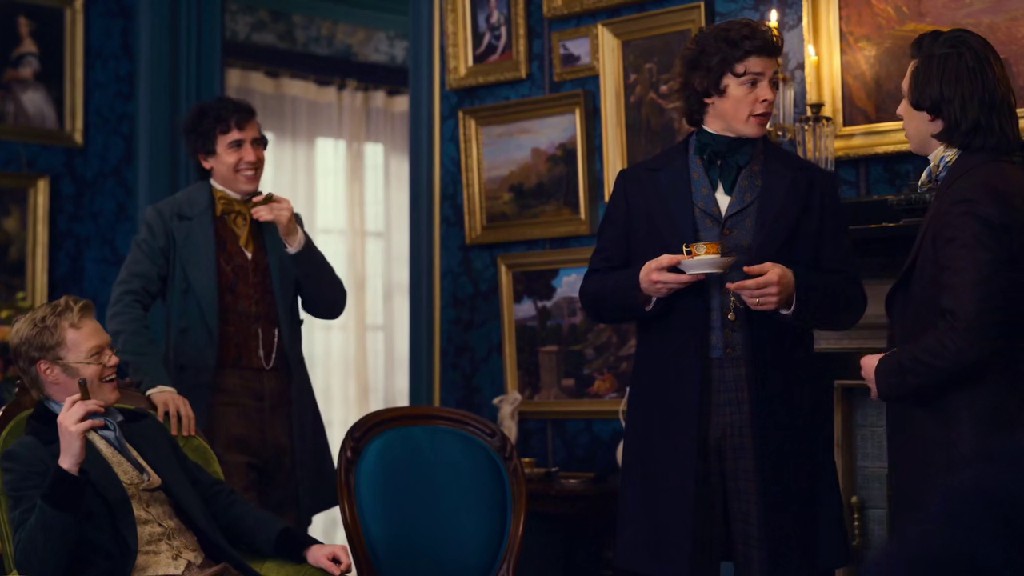 After the conversation with Henry, Austin gathers his friends to talk about civil war. He believes this might be the last time they are seeing most of each other as they can’t tell the consequences of war. Emily’s mother starts playing the role of the perfect hostess. The group discusses recent events with the newspaper group. Some agree to disagree with the thoughts. They try to avoid talking about war by remembering their college days. At last, Austin tries to put his thoughts which had an impact after his goodbye to Henry.

On the other hand, Emily Senior feels underappreciated who believes that if she can find a way to serve two tea parties, America can also find a way to keep the country together. After her statements have an impact on Ship, he makes up with Lavinia again despite what war may bring upon them.

Read More: What To Expect In Young Rock Season 1 Episode 2?

After all of this, we finally see Emily coming down from her bedroom. Moments from last night still haunt her when she saw Sue with Sam. She tries to find Austin as soon as she can and accidentally comes across Frazar Stearns. Emily tells him about the visions of his death and how he is nobody. She tries to warn him but Frazar on the other hand is more frightened than ever. 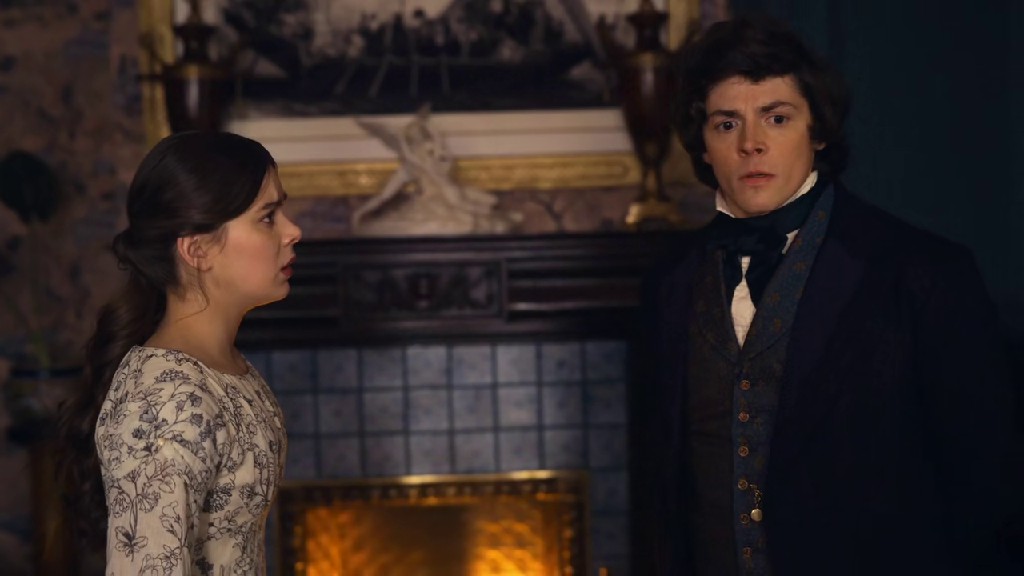 Finally, Emily comes across Austin and tells him about Sue and Sam’s affair. To her surprise, Austin already knows about them for weeks until Emily reveals a darker truth. She tells him that Sue had a miscarriage. The truth breaks Austin down and reminisces the things his father told him in beginning. He believes his father is right and he is a failure. Emily takes him around and helps him to keep everything together.

On the other side of things, Sam’s wife has an awkward conversation with Sue. She soon lets Sue know that she has found out about the affair she has been having with her husband. Finally, Sue opens about it. Frazer on the other hand tells Emily a way to get her poems back from the editor. He compliments her poems but would like not to be published more. Even Emily admits fame is not good for her.

The tenth episode of Apple TV Plus drama Dickinson Season 2 will be releasing on February 26, 2021, on the OTT platform. Titled, “You cannot put a Fire out” the episode is set to feature a number of clashes. All the drama that has been building up for the second season will be coming to conclusion. 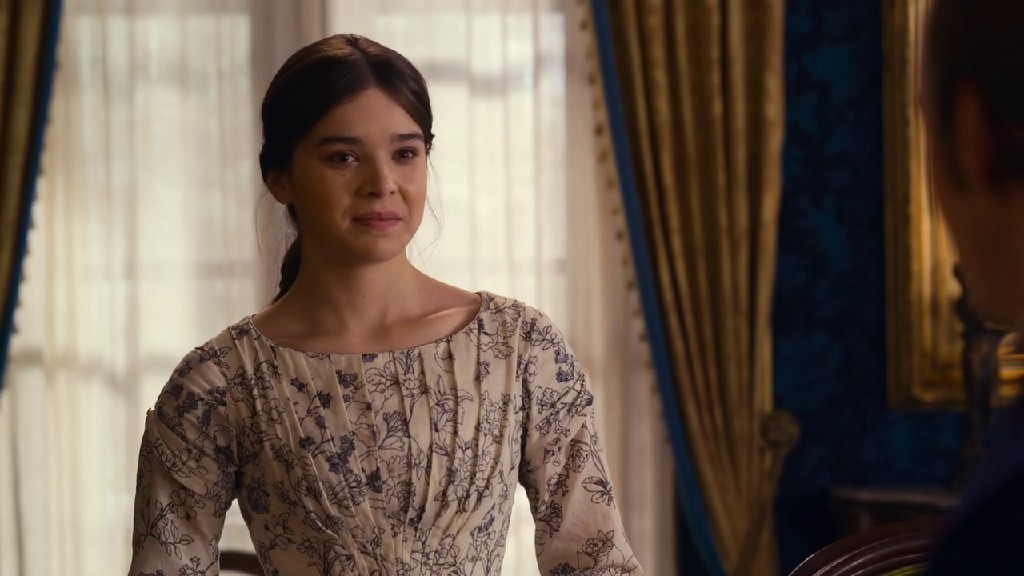 First, we might see a faceoff between Sam and Emily. After Frazer’s advice, Emily is bent upon taking her poems back from the editor. Second, the affair between Sam and Sue has been up open to Sam’s wife. Sam is currently in a very bad position on both sides. The principled and honest person he was portrayed in the initial episodes has turned out to fake. Whether facing off with Emily for the poems or with his wife. They all will be sorted out.  Also, Austin’s action after knowing about Sue’s miscarriage is also something to look forward to. We will also know if Ship’s heart will be broken again. All in the upcoming 10th episode of Dickinson Season 2.