Granola defeated Soshiru and his allies, and he heads to Planet Cereal. He arrives at Planet Cereal, and the Aliens welcomes him. Granola asks the Aliens to fix the wings of his ship since it has some damages. One of the Aliens asked him about his next departure and said he would not be working for a long time. The Aliens can take their time in fixing the ship. He heads to the shop and buys some stuff that he needs.

The shop owner asks Granola about the old guy. Granola replies the old geezer has troubles with his legs which is why he is not coming around. He also said that the city is not good for a guy like him and the old geezer to stay. On his way to meet the old geezer. Granola is wondering why the Aliens didn’t ask him the reason for not living among the Sugarians. Granola concludes that the city was set up for them by the Heeters, and it is not meant for him.

Let’s see if The Prince of Saiyan Vegeta will surpass his limit below:

Granola is wondering if the Planet was one the Planet of the Cerealians forty years ago. He realizes that Frieza destroyed his Planet, and the Heeters jump in and rebuild it. The Sugarians planet was destroyed, and they had nowhere to go, but they paid for this Planet. Since the Planet became the home of the Sugarians, Grano and his people decided to move to the mountains.

As Granola arrives at the top of the mountain, he looks down and watches his hometown. He realizes that Frieza and his allies destroyed his hometown. Grano said to himself that he would never forget and forgive Frieza. Meanwhile, Vegeta has followed Beerus to learn some of the secret powers. Berus asks Vegeta if it is the Saiyan’s destiny to be wiped out. Vegeta replies, it sounds like that, and he teases Berus.

Beerus gets angry and yells at Vegeta. The Prince of Saiyans asks if he will teach him techniques used by gods of Destruction. He also asks if the god of Destruction technique has something to do with the Saiyans. Berus did not answer Vegeta, but he unleashes a powerful blast. Goku and Whis notice the light of the blast from the other side. Talking fish wakes up and comments that Berus destroy another planet in a second.

Whis is worried that if Beerus keeps on destroying things, there will be no planet left. Goku comments that Lord Beerus is not someone to mess with. The Prince of Saiyan, on the other side, asks Berus if that was a technique. Berus replies that it was just a glimpse of what he can do. Vegeta asks how he can get that power, and he is surprised that instead of teaching him, Berus showed him like he was attacking him.

Beerus charges at the Prince of Saiyans and smashes him with the ground. He told Vegeta that if he does not let go of the burden he is carrying, he will never wield this power. Beerus pick up Vegeta and bangs him with the tree. Beerus reveals that the one who suggests Frieza eliminate the Saiyans was him. Vegeta is surprised to hear that, and Beerus asks the Prince to challenge him. Beerus is trying to awaken Vegeta’s true Saiyan powers.

He wants to see the true powers of the Prince of Saiyans, and Goku felt something. Goku started wondering what Vegeta is doing since he felt Saiyan’s power leveling up. Suddenly Goku and Whis saw a huge light rising up to the sky. The Prince of Saiyans transforms into a Super Saiyan mode. He started to exchange blows with Beerus. Beerus is only dodging Vegeta’s attacks. It is annoying Vegeta since he is feeling that Beerus is mocking his Super Saiyan form.

Vegeta unleashes a powerful huge cannon that Beerus stops using the tip of his finger. He then teleports above Beerus, aiming to land a finishing blow. Before he even moves, Vegeta was smashed with the ground. Vegeta is surprised how Beerus has moved at that speed, and he was fighting with him like a lady in a beauty contest. Beerus stands on top of Vegeta’s back. He comments that if Vegeta doesn’t forget about his past will never surpass this level.

Vegeta realizes that he is not just called the Prince of Saiyans for Nothing. He unleashes a blast that sends Beerus flying. While Beerus he still in mid-air, Vegeta follows and shower Beerus with barrages of massive punches. Beerus uses the power of his Ki to do somebody’s movement while dodging Vegeta’s punches. He has noticed that Vegeta’s power has increased and his movements. On the other side, Whis and Goku are just witnessing the power of bolts of lightning.

Beerus gets angry that Vegeta is giving him a challenge, and he shouts ”Destruction.” He lands a blow that turns the Prince of Saiyans back to his normal form. Goku realized that was a signature move by Beerus. He comments that he has tried it many times, but he failed. Whis comments that Vegeta’s armor is destroyed and Beerus’s power is not the one that can be mastered easily. Beerus put his hands on his waist and said that he only thinks about Destruction.

He smiles, looking at Vegeta, who is surprised why he cannot keep up with Beerus. Beerus reveals that his powers keep on increasing because he is focusing on Destruction. He also said before creation comes Destruction. At the same time, Granola arrives at his home and gives the old geezer water. The old geezer, a namekian,  showed him a dragon ball, and Granola wants to use it to take revenge. The geezer told him that the dragon ball is not meant for that. 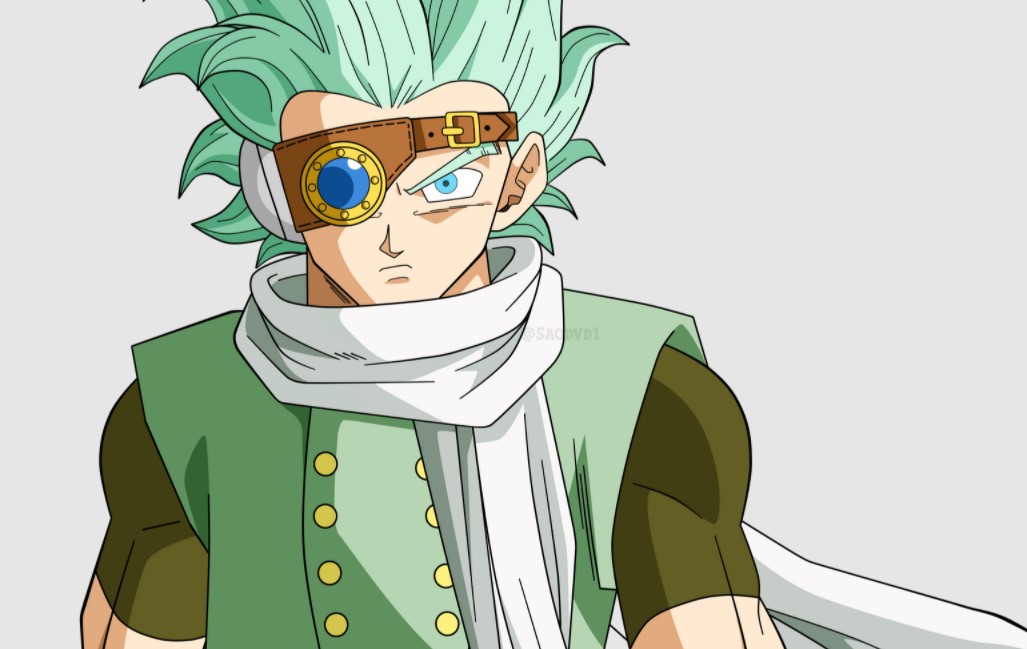 Granola replies that he knows and the geezer told him the story about Planet Namek. Granola started collecting dragon balls without the old geezer’s knowing. He realizes that he is ignoring the geezer’s warning. Later he went to the forest and put the dragon balls that he collected. He chants in tongues, and the dragon appears and asks Granola’s wish. Granola asks the dragon to turn him into the greatest warrior in the Universe.