In 2015, a new story that started from where the last manga left off, The Dragon Ball Super Manga, took off. It was highly anticipated and gained massive popularity after the release. However, there are some key differences as the DBS manga is written by Toriyama, but the art is illustrated by Toyotarou. Also, the new chapters are released in the monthly V Jump magazine instead of the Weekly Shonen Jump. Dragon Ball Super manga has 14 volumes and has released 68 chapters to date.

Dragon Ball franchise is the story of Goku, a stray Saiyan that landed on Earth. He was brought up in a rural area by Gohan and knew little about the world outside of what his grandfather told him. After he was found by Bulma, Goku went on a journey of exploring Martial Arts and trained to become the strongest warrior on Earth. Yet the stakes kept getting harder as extraterrestrial warriors showed up, pushing the Saiyan to become even stronger. Goku has since destroyed every threat that has come to Earth, becoming much stronger each time. With the story of Dragon Ball Super, the Saiyan has gained access to the World of Gods, and he is aspiring to find stronger foes for fighting and pushing beyond all limits.

Now, we bring you the complete recap of all the previous arcs in the Dragon Ball Super Manga and the preview of the new Granola Arc that has started from Chapter 67.

The DBS manga started after the Buu Arc, where the previous manga ended, without any time skip. This arc had the exact same storyline as the Dragon Ball Z Battle of Gods movie. Goku lives in Universe 7, whose God of Destruction is Beerus. There is another similar universe called Universe 6, whose God of Destruction is Beerus’s Twin Brother, Champa. These two have the job of balancing their universes by destroying civilizations. Beerus has a dream that he is beaten by a Super Saiyan God. He sets out to find Saiyans and find out the challenge that they pose. Beerus arrives at King Kai’s planet with his guide angel, Whis, and asks Goku to show his power. Overpowered, Goku is beaten instantly as the power difference is too great. Beerus is disappointed and leaves for Earth to ask Vegeta about Super Saiyan God.

On Earth, things get risky as Beerus gets annoyed and threatens to destroy the entire planet. Goku arrives and manages to convince Beerus to ask Shenron about the Super Saiyan God using the Dragon Balls. Turns out, they needed 6 Saiyans to channel the energy that enables one of them to transcend to a Godly power. Goku gets the power of Super Saiyan God after the ritual. A battle begins between the two gods, Goku and Beerus. Goku is still weaker in the end, but he pushes Beerus enough for him to spare Earth. 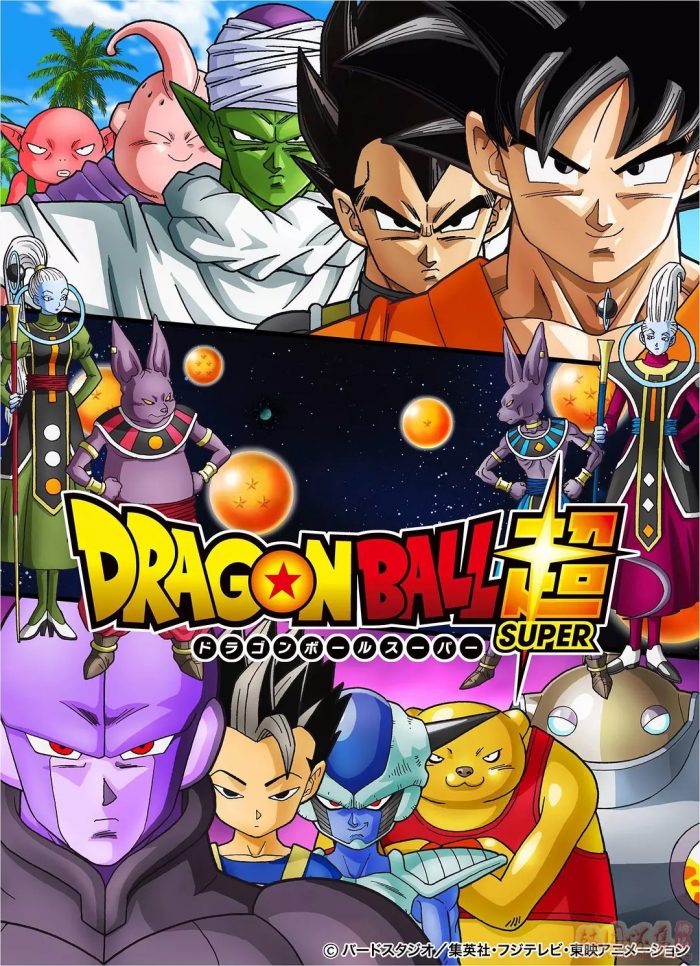 Goku and Vegeta convince Whis to train them, and they start spending time on God of Destruction’s planet. During the training, Champa arrives and asks Beerus to hold a tournament between Universe 6 and 7. It is a competition between the brothers, but Goku is a really excited fighter. The winner of this tournament gets the Super Dragon Balls, which are each the size of a planet. These can grant one wish of any magnitude. Each universe formulates its teams for 1v1 matches. The fighters have to stay inside the ring, and the tournament is decided when all of the members of a team are eliminated. There are warriors from Universe 6 that are similar to Universe 7. There is someone like Freeza called Frost while we also get to see the Saiyans of Universe 7.

The strongest fighter from Universe 6 is Hit, who can do time-skips. These let him see the attacks from his opponents, and he stays ahead of them in both defense and offense. The final battle ensues between Hit and Goku. Hit is quite strong at first, but Goku transcends his limits to achieve Super Saiyan Blue and gets on top in the end. Goku wins the tournament, and Beerus gets the wish as the winning prize. As a twist, at the end of the Tournament, the Omni-King, Zeno, appears. He was observing the tournament, and now he wants all 12 universes to compete in an even bigger inter-universe tournament. 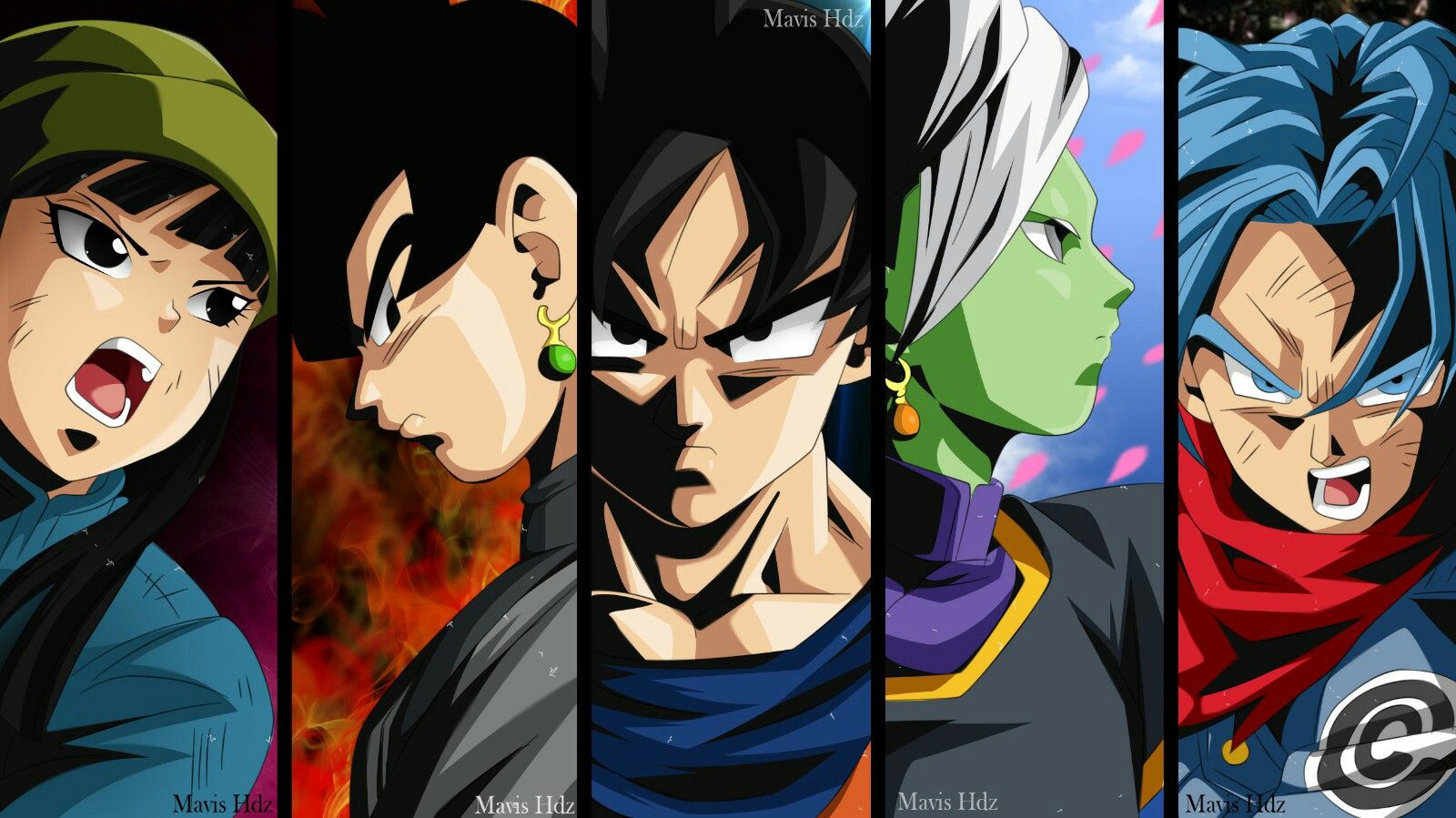 In the aftermath, everything returns to normal, but a new threat is imminent, as Future Trunks reappears and asks for help against an even scarier foe. A trainee supreme kai Zamasu goes rogue after he sees the bad in the world and decides to cleanse the entire world. He murders his superior and takes the time rings to find a way to kill all mortals. The Time Ring is a powerful device used by the Supreme Kais to travel in time. He knows about Son Goku, so he uses the super dragon balls to swap bodies with Goku. After that, Zamasu/Goku Black begins destroying all life in Future Trunk’s Timeline.

Trunks barely escape after Goku Black attacks him and gets to the current timeline. He asks Whis and Beerus for help as the God of Destruction of his universe does not exist. A struggle begins to solve the mystery behind Black Goku, which leads to a direct conflict between Goku and Zamasu. Vegeta, Goku and Trunks have a huge battle with Black Goku, but nothing works against him. Zamasu used multiple wishes from the Super Dragon Balls. One of those was to become immortal. No matter what they did, Zamasu won’t die. In the end, Goku summons the Omni-king of that timeline with the button, and the Zeno ends up destroying the entire universe, annoyed by the time mess created by Zamasu. Goku, Vegeta, and Future Trunks barely escape with their lives in the end. 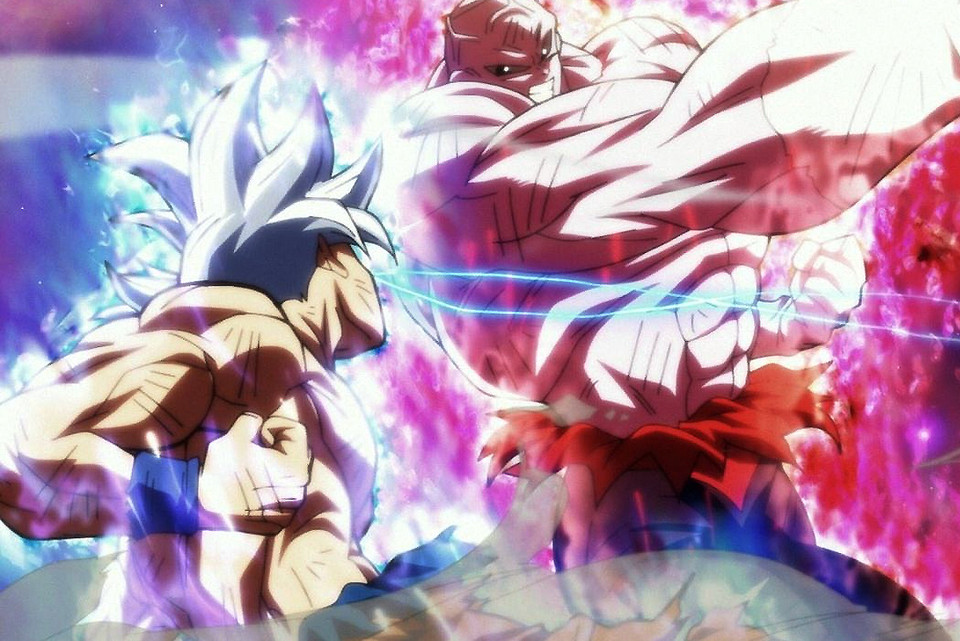 A massive battle unfolds, it’s a huge competition. Each universe disappears one by one as the strongest warriors keep eliminating the rest. The ultimate showdown is between Universe 11 and Universe 7. The strongest fighter from Universe 11 is Jiren, who keeps defeating everyone he faces. Even Vegeta and Goku, at their maximum power together, cannot beat Jiren. To defeat Jiren, Goku transcends to a new form, the Ultra Instinct. This is a power used by the angels, fighting with instinct becoming amazingly fast. An advanced form of the Ultra Instinct Mastered is something that ultimately matches the massive power of Jiren. Then, Goku and Jiren are eliminated at the same time. As a result, the only remaining warrior, Android 17, wins the tournament. He decides to bring all the erased universe back with his wish. 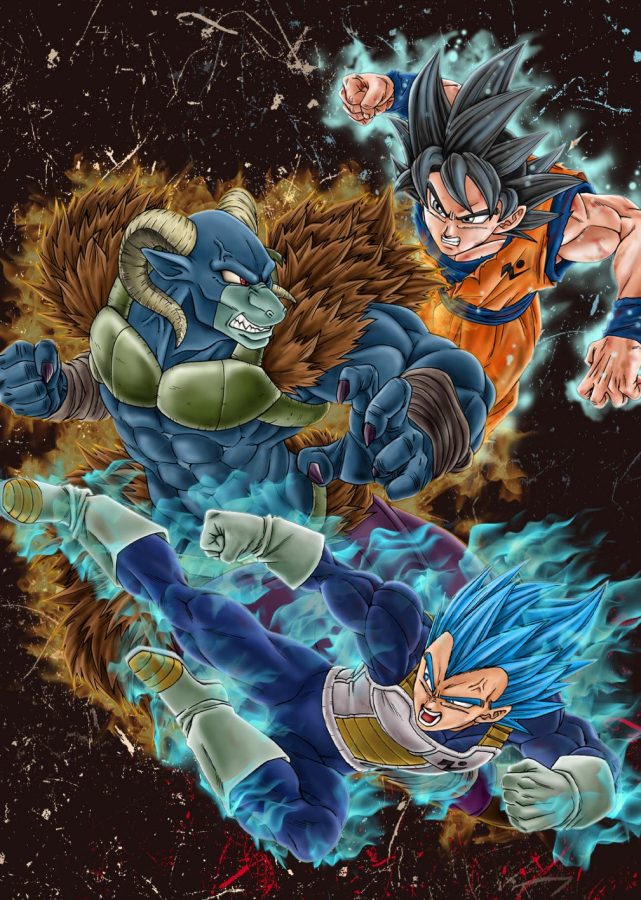 This is the latest arc in this story involving the galactic prison of universe 7. This place holds the biggest criminals in the universe. From this place, a very ancient evil wizard, Moro, is resurrected. He is kept in this place because no one could kill him for 10 million years. He suddenly escapes the prison after absorbing some magic energy. Moro’s power is to absorb the Ki from anything; he could absorb entire planets to get immense amounts of power. He is confronted by Goku and Vegeta, both of them are defeated due to the lack of stamina compared to Moro. After that, Moro keeps on a rampage eating up planet after planet, he becomes younger and much more powerful.

Moro lands on Earth for its potential, bringing the entire crew from the galactic prison using Dragon Ball’s wishes. While Goku and Vegeta train on distant planets to face the wizard again, Gohan and the rest of the Z warriors confront Moro and his henchmen on Earth. They mostly overpower the weaker guys, but Moro and his powers are the biggest obstacles. There is an Android that escaped from the prison named 73 who can copy the powers of multiple people at a time.

Goku is training with the trainee angel Merus to master his Ultra Instinct while Vegeta trains on Planet Yardrat to learn a new technique that lets him manipulate ki, Spirit Fission. They both arrive on Earth for a final battle with Moro, which leads to some dangerous circumstances. Moro is unaffected by the speed surge that Goku got from Ultra Instinct. He is considerably weakened when Vegeta arrives and takes away a massive amount of Ki from Moro. As a last resort, Moro absorbs 73 to get another power surge. Goku is almost killed as a result, but Merus arrives at the rescue. The angel seals away the copying power of Moro, and Goku activates Ultra Instinct Mastered.

Merus is erased as he broke the angel code, but his powers are copied. Moro tries to use these powers, but he is overwhelmed. The Godly power multiplies inside Moro, leading to a risk of explosion that would destroy an entire galaxy. This is timely prevented as Goku, Vegeta destroy the orb at the head of Moro using the godly power of the little Uub. Everything returns back to normal, even Merus is revived at the cost of losing his power forever. 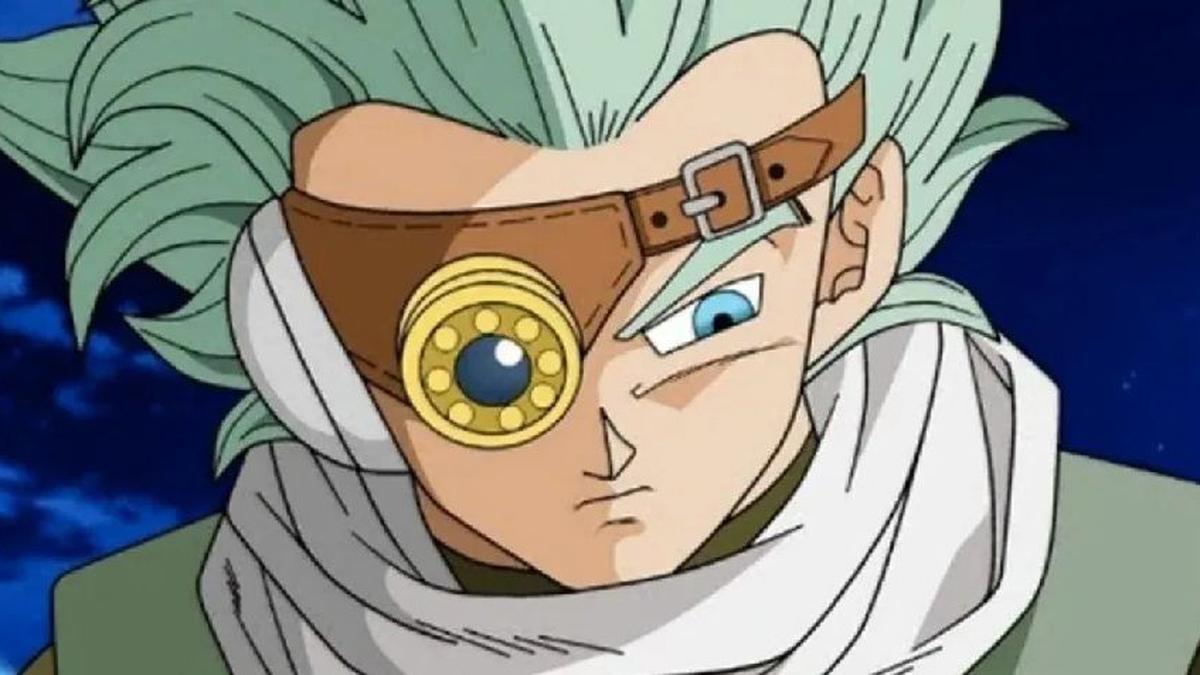 After 67 chapters and 5 arcs, Dragon Ball Super manga arrives at the new arc that will center around a new character called Granola. He is introduced as a space pirate who is looking for the remains of 73 that were left after Moro was destroyed. This android has a huge significance as many people are looking for it. This is when Granola arrives to claim it for himself, from the ship that is taking it somewhere. He takes the OG-i73 to his boss and, in turn, learns that Frieza has been revived. Goku promised Frieza to wish for his revival using the Dragon Balls if he helps Universe 7 in the Tournament of power.

Granola carries a grudge against Frieza and the Saiyan Apes that destroyed his homeland; possibly Bardock was involved. The manga has essentially set up for a fight between Goku and Granola in this arc. It has teased that the balance of power in the universe is about to change. A new warrior is about to be created that will be the strongest yet in the series’s whole history. He will surpass Goku and bring a lot of destruction in the process. It is yet to be seen if that will be Granola or someone else.

The Dragon Ball Super manga has a pattern of following up an arc with a major villain with a tournament arc. It was already expected the series would introduce a character that will force Goku to push his current powers to the limit and ultimately bring a new transformation. Goku can activate the mastered form, at will, now, and we can only wonder what the next power for the Saiyan will be. There is also room for Vegeta to grow. While Goku is on the path to master Angel’s power, Vegeta has the path to master the powers of a God of Destruction. Other characters like Gohan and the kids like Goten and Trunks also need some exposure in this new arc.

Read: How Dragon Ball Franchise Developed Over the Years