Family Guy, the American animated sitcom that has stood the test of time, is going strong with the 19th season. Since its debut in 1999, the show has kept the hopes of audiences high with sharp humor, noticeable and quirky parodies, spectacular animation, and of course, the theme song. All these aspects have managed to create a cult following for the show resulting in racked up awards and accolades. Created and Developed by Seth MacFarlane, Family Guy, on its 19th season, has covered up 11 episodes so far. The latest episode titled “Boy’s Best Friend” saw Brian getting to know the son of his new girlfriend while Peter, Quagmire, and Cleveland join Joe on a sweet ride in Joe’s new Corvette.

Family Guy follows the story of Peter Griffin and his family, which includes his wife Lois, two teenagers Chris and Meg, a smart dog named Brian, and baby Stewie. The series sees the family going through hilarious situations in their day to day life. So, with no further adieu, here we are, recapping everything that went down in the latest episode of Family Guy.

Episode 11 of Family Guy, titled “Boy’s Best Friend,” opens up at the QUAHOG Mall with the family out shopping for some new shoes. On the spot, we see Stewie pointing out everything wrong with the place right from the back place to inventory. Brian sarcastically agrees with Stewie calling him better than anyone else. Well, Chris is definitely out for new shoes who is directed to check his foot size and takes the machine as his new shoe. On the bright side, Brian approaches Holly, a girl working at the shoe shop who agrees to go on a date with him.

After a glimpse at Stewie’s suggested Cheesecake factory, we are at home now. Peter, Quagmire, and Cleveland approach Joe, who is shinning his brand new Corvette. Sadly, Joe’s uncle Ray died recently, who left him with this sports car. Also, Uncle Ray asked Joe to show up his car at the classic race show. Soon, Joe unveils his garage filled up with 1950’s treasure, including the coke signs that his Uncle gave to him. On the other side of things, Brian is on a karaoke night with his new girlfriend, Holly. The couple is quite enjoying singing their heart out. After a whole night out till 3 am, Brian finally manages to get a kiss from his new girlfriend.

The next morning, Peter and his friends finally approach Joe for one ride in his Uncle’s Corvette, which Joe doesn’t deny at all. Well, as guys get ready for a ride, all Joe does is imagine that he is driving it. Leading to a disappointment, Peter calls Joe out. Joe states that since it’s his uncle’s car and he never allowed him to drive it, he will respect it and not do that. Even on the car show, he will take it using the trailer. AS out goes, Joe, Peter, and his friends agree that they can’t let this car just stand there without getting a kick. They decide to take a ride at night without telling Joe.

Brian prepares for another date with Holly. Stewie decides to give Brian a few tips to him to which he certainly denies. Brian, with roses in his hand, arrives at Holly’s home and comes across her kid she didn’t tell him about. While Holly gets ready, Brian tries to get along with her son Kyle who misses his father dearly before they go out.

Read More: Line Of Duty Season 6: Here’s Everything You Need To Know 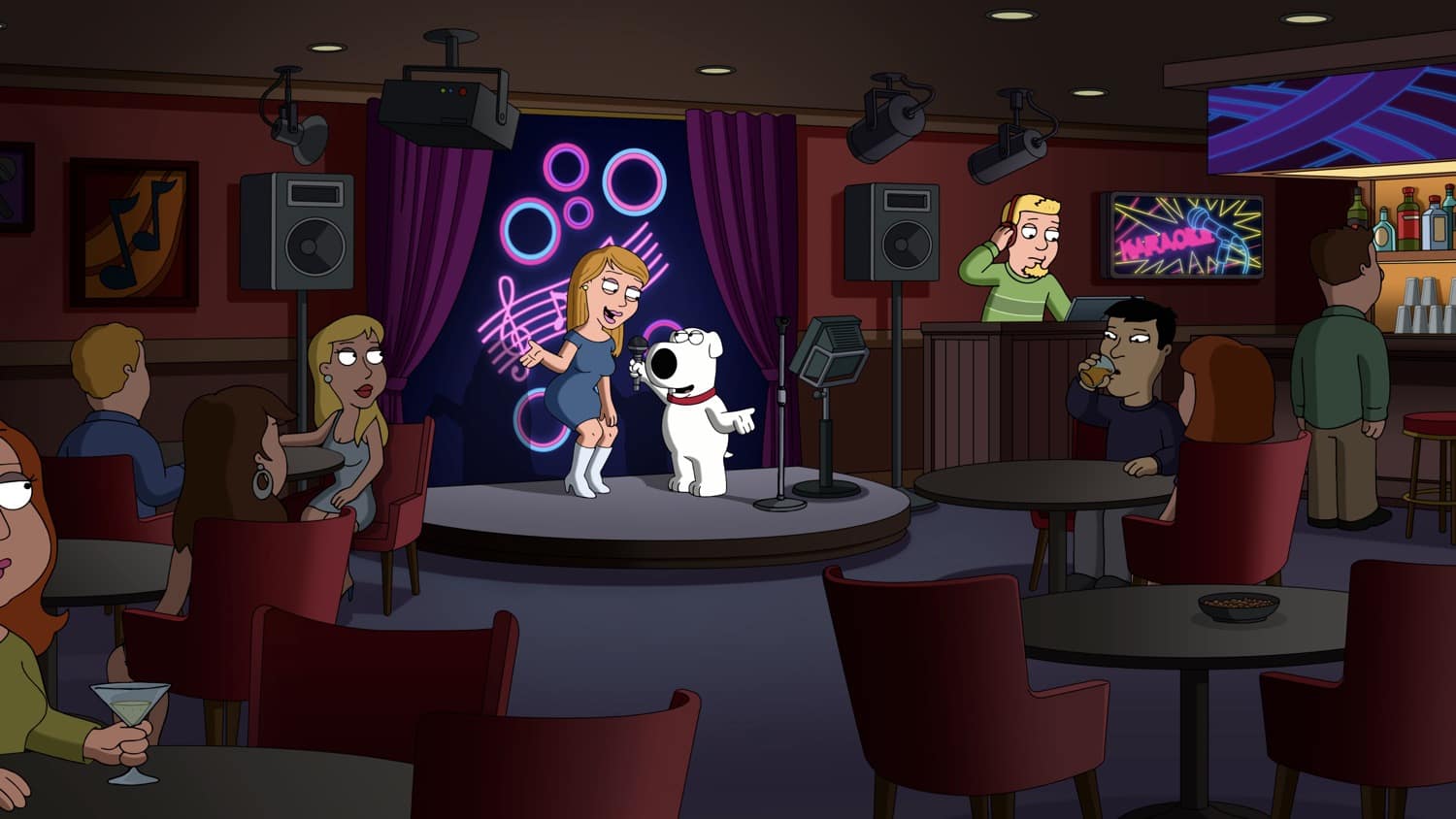 Peter and his friends devise a plan to take Joe’s car for a ride, which eventually succeeds. The next morning, Brian is still at Holly’s house and chilling with her son Kyle. A group of bullies show up and tries to bully Kyle. Brian decides to stand up and defend Kyle by shoving the bullies away, eventually making friends with Kyle. On the other side, Peter and his friend are enjoying Joe’s corvette. While pulling up a stunt, Joe accidentally hits a trash can and, unfortunately, someone else. Now, Peter and his friends got a lot to worry about what to tell Joe.

Brian brings his girlfriend Holly and her son Kyle home and introduces her to the rest of his family. While Brian plans out for another date with Holly, that doesn’t certainly work out well. Holly discloses that she is young and wants to date other people leading to a breakup. The saddest part is that more than Holly, Brian is gonna miss meeting Kyle. 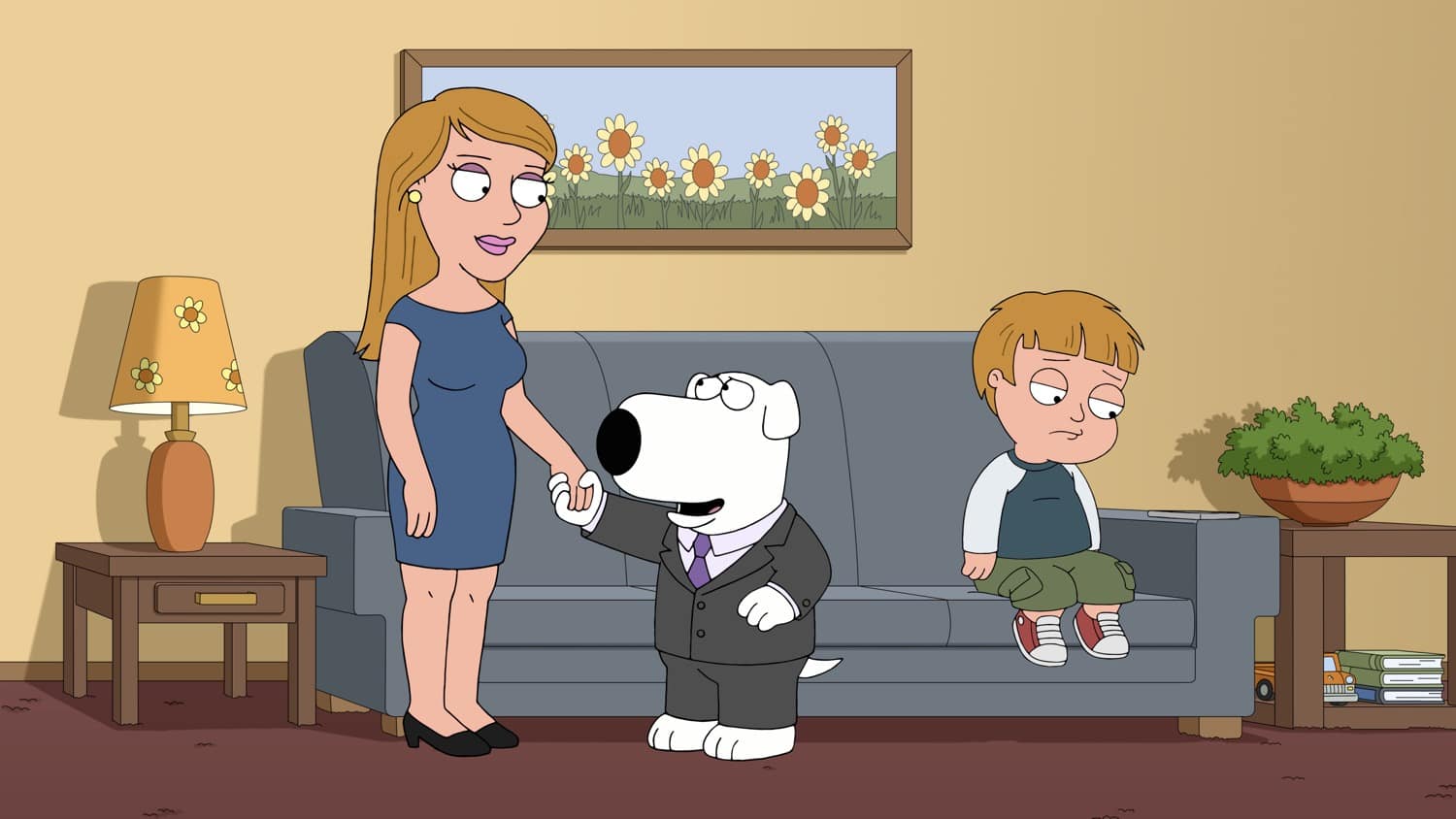 The next day, Brian confesses to Stewie how much he loved hanging out with Kyle. He really loved being his father figure. Stewie advises him to go and find Kyle if he really misses him so much. On the other side, Peter and his friends are still figuring out what to tell Joe. Although they try hard, Joe eventually figures out, and Peter and his friends confess. But things turn around, Joe isn’t mad since he doesn’t have to worry about the car being broken. Eventually, the guys finally go altogether for a ride in the broken Corvette.

On the other side, Brian finally reunites with Kyle at his school. Realizing how happy Kyle is with Brian, Holly decides to let Brian meet and babysit him while she goes on dates. The episode closes with a  dive into the Television.

The 12th episode of Family Guy Season 19 is releasing on February 28, 2021, titled “And Then There’s Fraud”. The episode will be based on a  script by Kevin Biggins. Much like every episode, the next episode will continue the two-sided adventures with the Griffin family. The official synopsis states that Peter and Chris will be seen starting a memorabilia business after visiting a basketball game. On the other side of the things, Stewie gets plastic surgery to combat aging; the process goes out too far.