Yuki visited a book store looking for her popular favorite book. She finds that only one copy left nut when she wants to take it. Sakura takes it, and she allowed her to take it, hoping that she will get another one tomorrow. While she is still at the book shop, she notices that Ishikawa is bothered about something. Ishikawa saw Hori with Miyamura going out together, and it disturbs him. Yuki noticed that and cheered Ishikawa.

She started to hang out with Ishikawa daily for him to forget about Hori and Miyamura. Ishika wonders why Yuki started to be so close to him ever since Miyamura and Hori started dating. Yuki is starting to like Ishikawa more than before, but she has noticed that Ishikawa has not gotten over Hori. Ishikawa is just accepting the fact Miyamurais, his friend, and Miyamura is in love with Hori. On the way, Ishikawa bums with Sakura.

Horimiya Episode 8 will be released on Sunday, 28 February 2021, at 12:30 AM. Stream or watch this Horimiya officially on Funimation and AnimeLab. Let’s take a look at today’s episode below.

Ishikawa apologizes for messing Sakura’s uniform with a coffee that he was carrying. He told her to wait until he comes back. While he’s gone, Sakura asks Yuki if she is dating Ishikawa. Yuki denies it since she has noticed that Sakura also likes Ishikawa. Sakura is glad that what she was suspecting is not true. Ishikawa came back and gave Sakura his jacket. He told her that she would return it the next day since her uniform is messed up.

Yuki can’t believe that, but she accepted, thinking there is nothing more to it. Later Sakura went to the student council room and talk with Sengoku. He asks Sengoku about Remi, and he told her that she is out. Sakura asks what Sengoki has seen in Remi. Sengoku replies that Remi is weak, and he always wants to protect her, and she gives him courage. Sakura also realizes that Remi also helps her and gave her the courage not to give up on what she want.

The next day Sakura stopped Ishika at the passage and gave him back his jacket. She told him that she first washed its that she will return it clean. Ishikawa thanks her and told her that he would see her later. When he is leaving, she stops Ishikawa. He asks her what it is, and she said she made cookies for him. Ishikawa accepted the cookies as a thank you gift. He tasted them and told her that they’re delicious; he would love to get more.

Sakura started to bring cookies for Ishikawa every day, and Yuki heard that. Yuki had lunch with Hori, who asks her about Ishikawa. Yuki comments that Ishikawa must be somewhere eating cookies baked by Sakura. Hori wonders why Sakura is hanging out with Ishikawa instead of Yuki. Later Yuki met with the two at the passage, and she notices that it has become more than a cookie business. She started to wonder what is happening between Sakura and Ishikawa.

Yuki realizes that Sakura will never show when she wants something or when she is in love with someone. Sakura also gave Yuki cookies, thanking her for wiping her-shirt the other day. Yuki left the two jokings and enjoying their time together. She went near the dust bin and wanted to throw that cookie away. She is angry about why Sakurais always with Ishjika and offering him cookies. Out of anger, she ate those cookies and decided not to throw them away. 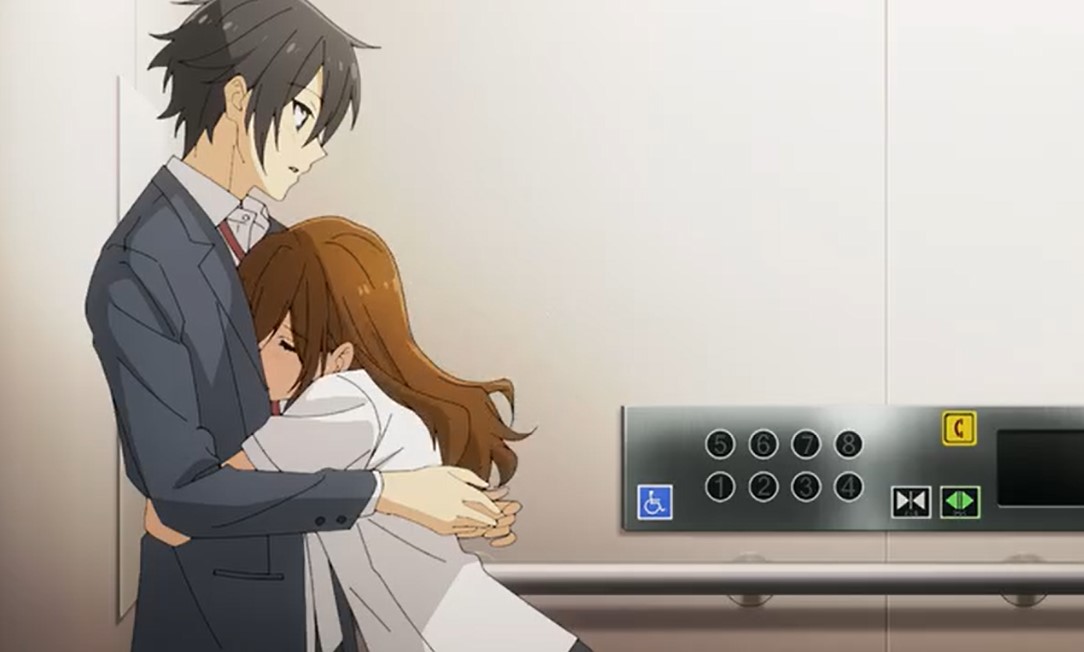 The next day she visited the book shop and found the copy that she was looking for. But Sakura came and took it, and she allowed her to. Hori notices her and asks her why since she is the first one to arrive. Yuki replies that she has read that book many times. Later Yuki confronts Miyamura asking him to teach her how to bake. Miyamura said that he doesn’t, but she can learn. If she makes a mistake, she must not give up.

The next day Yuki came with burnt cupcakes and show Miyamura. Miyamura thinks that Ishika won’t like them. When Ishikawa arrives, Yuki tries to hide the cupcakes, but he saw them. He ate them and told her that he is waiting for the next better ones. Yuki is glad that she will challenge Sakura to see who will offer more cookies or cupcakes to Ishikawa. Later, Miyamura left for Hokkaido, and he will be staying there for a week.

Hori started to miss Miyamura and count every day as it passed; she keeps on texting him. Miyamura realizes that he left his charger. He asks his uncle, but the charger won’t fit, and he also started to miss Hori. After four days, when he is in Hokkaido, he decided to leave. On his way, he met with Hori following him. She hugged him and told him she couldn’t last for five days without him.

Read Horimiya Episode 7; we will meet again on Sundaywithnew updates.