The name Anya Taylor-Joy has recently become a hot topic of conversation. The 24-year-old actress has been widely praised for her role in Netflix’s latest hit series, ‘The Queen’s Gambit’, there is a lot of anticipation for the second season. Playing the female chess player named Beth Harmon, Anya’s acting in the series is very impressive. She succeeded in presenting an introverted woman who was obsessed with chess. While playing, Beth felt all her senses were more sensitive, and she had the ability to control herself.

Before playing in this series, Anya Taylor-Joy has starred in other films that are no less cool, such as ‘Split’, ‘The Witch’, ‘Emma’, ​​to ‘The New Mutants’. From her skill at playing roles, she got the nickname The Rising Star. Her name began to enter into various film award categories such as the Cannes Film Festival and the British Academy Film Awards (BAFTAs).

For those of you who are curious about Anya’s life and career journey, we have summarized seven interesting facts about her. What would they be? Check them out below.

1. Born in Miami but moved to Argentina and London

This woman whose full name is Josephine Marie Taylor-Joy is a Miami-born woman who later moved to Argentina. After turning six years old, Anya and her family moved again to London because at that time, the political atmosphere in Argentina was heating up, and Anya’s parents did not want their children to grow up in conflict areas.

“My parents do not want their children to live in such a scary environment. At that time, we were very confused, but now, looking at it again, we are grateful because the decision to move gave us many opportunities in life,” she concluded as quoted by Marie Claire.

3. Do not want to learn English 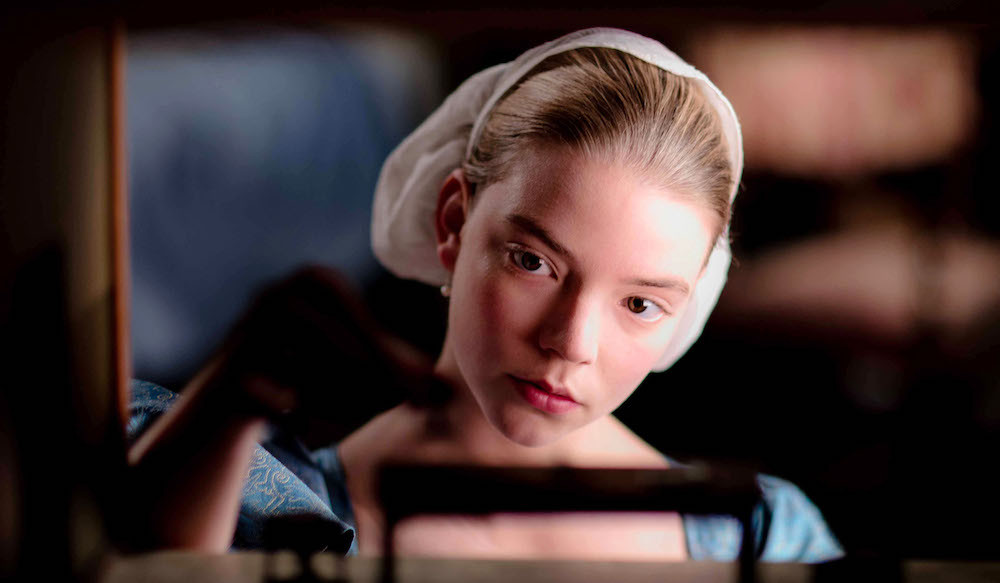 While in London, Anya did not want to study English for two years. According to him, if he couldn’t speak the language, then Anya could return home to Argentina.

“I moved to London when I was six years old, and I only learned English when I was eight because I felt sure if I couldn’t speak the language, I would go home to Argentina,” she said in an interview for the program Live with Kelly and Ryan. But in the end, Anya was forced to study because she didn’t have friends who could understand what she was saying.

3. Even thought that she would be kidnapped when recruited by an agency

When she was 17 years old, Anya had a unique experience when she was chased by a modeling agency in London. At that time, she felt that she was being followed by a stranger and thought she was going to be kidnapped.

“My family and I often watch crime-themed films. And at that time I was very scared because there was a car following me. Suddenly I turned into an unfamiliar road and realized that the car was still following. After that, I ran fast, and a woman from the car asked me to stop and give her her card, “she said.

The modeling agency team was Sarah Doukas, who then asked Anya to come to their office with her parents and do a casting.

4. Quit school because of being bullied and wanted to be an actress 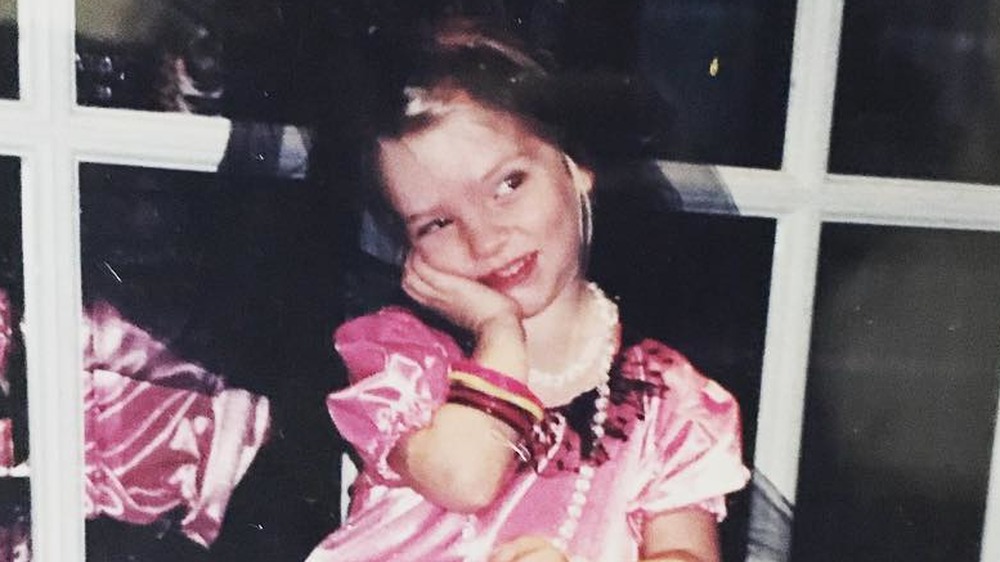 Anya Taylor Joy as a child

As a teenager, Anya had an unpleasant experience at school. She became a victim of bullying. Although she never explained why she was being bullied, the experience made Anya feel depressed

“I had a bad experience at school, I was bullied, and it made me depressed. So I had a desire to go around the world, and it turned out that my decision was supported by my parents,” he said.

To tell her parents that she wanted to quit school and become an actress, Anya wrote an essay explaining the reason in detail. She also told his brother to get out of the house, pursue dreams and explore the world. Now Anya has two residences, in London and New York. She moved alone to New York at the age of 14 to study broadcasting.

5. Always refuse the role of being a lover

During her career as an actress, Anya Taylor Joy always starred in fantasy-themed films and depicted the dark side of life. Initially, this was without reason, but it turned out that over time Anya herself chose not to play a role like an actress in general who often portrayed characters as lovers or, in other words, as supporting actors only.

“I’m very fortunate to have a team that can filter for such roles. The female characters I play are often complex and attractive. So whenever I get a role as a lover, I always reject it, “he explained.
According to Anya, she is very happy with the current era where women are more courageous, and many people are starting to realize that women are also human, and they have many stories that are more interesting to talk about than just their appearance.

6. Dares to talk about discrimination, experiencing it firsthand 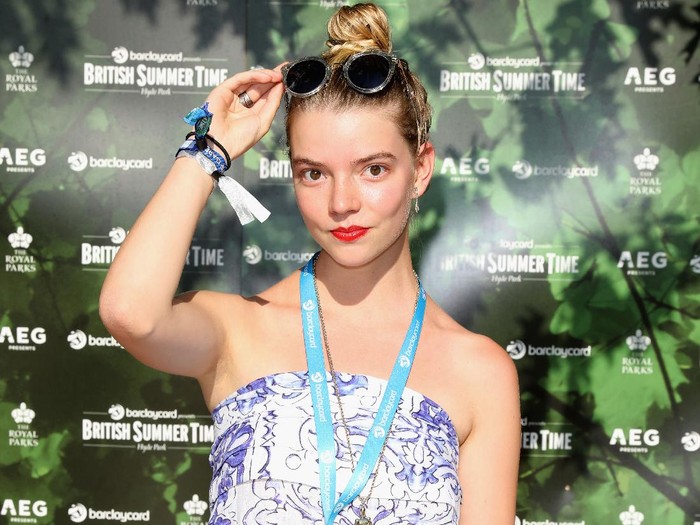 Throughout her career, Anya Taylor Joy said that she almost never experienced sexism or discrimination. Because all the actors who work with him always treat him as a colleague, nothing more. Even so, this does not mean that the actor in the film ‘Split’ has never received sexist comments.

“I rarely see sexism because the actors I work with never treat me differently. But sometimes there are comments about it. So most of the time, I tell them right away that they don’t know who I am. That way, men will realize that what they are doing is not right. This method can also help women to be more courageous in fighting and not just sitting around when they experience discrimination, ”she concluded.

7. Relationship with a photographer 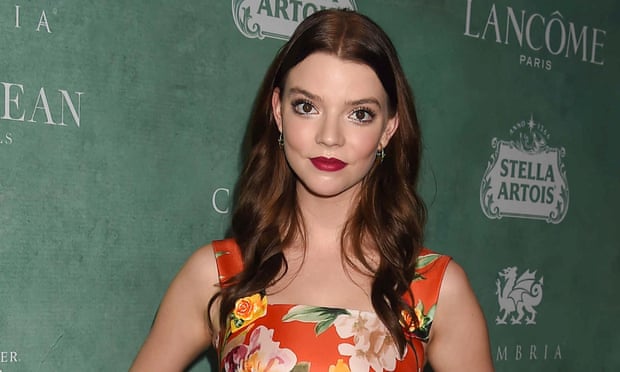 At the peak of her career, of course, people are curious about Anya Taylor Joy’s personal life, especially about romance. Reporting various sources, reportedly, Anya is currently in a relationship with a photographer named Ben Seed. Both Anya and her lover decided to keep their relationship a secret from the public. Even so, several times, Anya and Ben have been caught on camera spending time together.

Those are some interesting facts about Anya Taylor Joy. With her awesome on-screen talent, we can’t wait to see her again in the next projects.