On their way to Pavel’s home, Frey collapses, and Kasel attempt to leave non his own to protect Frey. Roi and Cleo stopped him, and he realizes that he cannot do it alone. They both reach the cave, and Cleo calls out Pavel’s name. When they step inside, the ice cubes rise high and separates them with Kasel. Kasel turns back and saw a young man behind him, and he asks if he is Master Pavel.

Kasel also said that he came here to ask him to unseal the Holy Sword. The guy started to attack Kasel with crystals, and Roi wondered what is happening to the other side. Cleo uses a spell trying to break the ice, but it did not work. Kasel manages to dodge the attacks and ask the guy if he is Pavel, and he needs him to listen. The guy just looked at Kasel and created a crystal sword. He controls it without touching it and attacks Kasel.

King’s Raid: Successors of the Will Episodes 20 will be released on Saturday, 13 February 2021, at 1:23 AM JST. Check King’s Raid officially on AnimeLab and Funimation. Let’s move below and see what happens.

Previously on King’s Raid: Successors of the Will Episode 20

Kasel draws his Holy Sword and blocks the Crystal sword. He sens it flying and destroy it into pieces, but the guy attacks again. He manages to freeze Kasel with the ground while Cleo uses fire spells to melt the ice. Cleo notices that her spells are not working, and she unleashes a powerful one that destroyed the ice barrier. When the trio reaches where Kasel is, the guy comments that they have passed. He unfreed Kasel and went to sit down.

Cleo asks what doe he means by ”pass”and she asks Kasel who he is. Kasel asks the guy if he is master Pavel and he replies yes. Kasel asks if he was testing his power, and by Pass, he means he has passed the test. Pavel comments that he was not referring to him; he was telling the trio that they passed. Pavel reveals that the bearer of the Holy Sword must not be the only per with power. He also has to be the support of his powerful allies.

Pavel said if the bearer can unleash his true strength, that is when he can fight the Dark Lord. Kasel comments that Pavel is right and without the help of anyone who wouldn’t make it this far. Pavel said that he has been waiting for Kasel to come, and he wanted to talk with him about what happens with Arlette. Kasel is wondering why he wants to speak with him about his mother. Pavel reveals that Arlette was here, and he was the one who protected her as she slept.

Kasel is surprised that his mother was here. Pavel reveals that it was 100 years ago when Arlette visited him with Kasel’s father. The two told Pavel that they are on a trip to hunt demons, and they heard rumors about the solitary sorcerer Pavel. That is why they come to visit him, and Kyle asks Pavel to join them. Pavel rejects and started to fight with Kyle, and the match was a draw. Kyle left and said that he would come back again.

After few days, Kyle came back and asked Pavel to join him again. Kayle and Arlette try to beg Pavel to join them. They told Pavel the world is overflowing with demons, and Pavel said he is done with demons. Kyle comments that if they don’t stop them, the world might end. Pavel asks why they have to save the world. Arlette replies that those with strength have the responsibility to use it to save others. 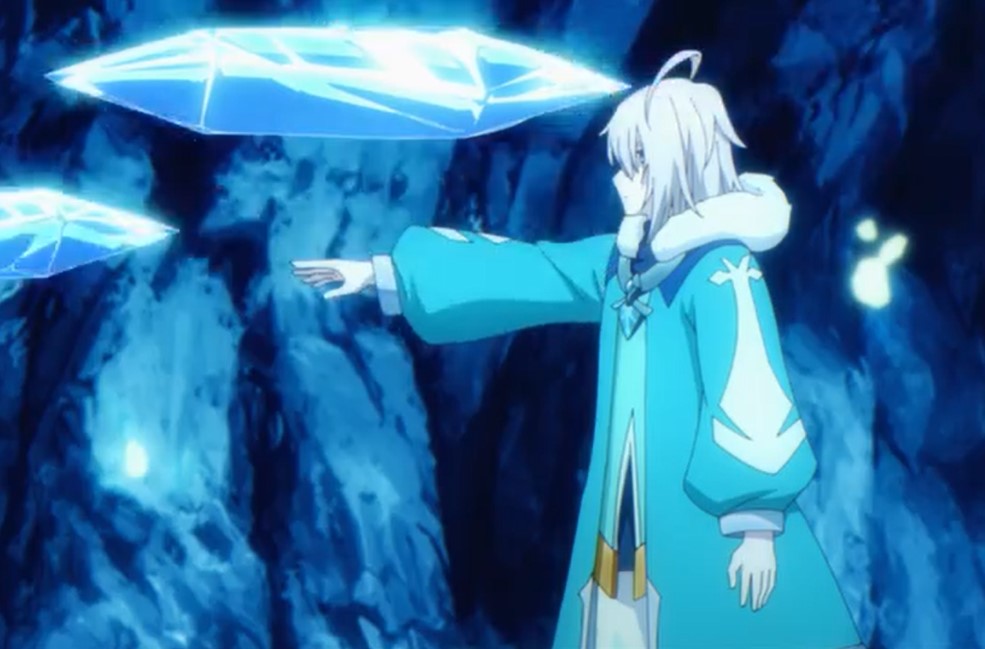 Pavel comments that what happens to others doesn’t concern him and Arlette decided to give up. She thinks that it is not worth it to become a friend with someone like Pavel. Kasel is wondering why Pavel doesn’t want to join them. The two left, and Pavel thought that they wouldn’t come back again. But Kyle came back, and Pavel asks why. Kyle reveals that he wants to protect everyone. He wants to protect Orvelia, Elves, Dark Elves, Orcs, and everyone else living in this world.

Pavel said he is not interested, and Kyle comments that he will understand once he finds someone to protect. Pavel started to grow tired of asking Kyle to leave, and he allows him to come to visit every day. Kyle tells stories which interest Pavel and the two started to enjoy talking together. One day Kyle clashes with the demons, and Pavel heard that. He went outside to see what is happening and find that it is a giant demon.

Pavel joined Kyle and Arlette and defeated the demon. Later, King Kyle received the Holy Sword Ae from Lua, the Goddess of Light. The goal of their journey changed to defeating the Dark Lord Angmund. Kyle told Pavel that if something happens, he will take care of Arlette and the child she is carrying. Pavel asks Kyle if he is planning to die, and Kyle said it would never happen.

Later Kyle fought with the Demon Lord Angmund, and they both vanished together. Kyle just left the Holy Sword Aea. Back to the present, Kasel asks where King Kyle go, and Pavel said he doesn’t know. Pavel reveals why they had to seal the Holy Sword since its user was gone. After sealing the sword, all the heroes returned to their homes. Pavel reveals that the return of the Dark Lord cannot be stopped. The nocturnal sun overlaps the moon tonight, and Kasel comments that they have to defeat the Dark Lord. Pavel agrees and told them to follow him to unseal the Holy Sword.

King’s Raid: Successors of the Will Episode 21 Preview

Take a look at the development of this Anime on this link: King’s Raid: Successors of the Will Episode 20.