One Piece Chapter 978 Release Date: One piece manga getting to it’s final act where Kaido and Luffy’s army going to battle. Even they entered in the Onigashima island (Kaido’s living island).

On the other hand, Kaido, Big Mom and their army are ready for the party. But they don’t know that soon their party going to be spoiled by Luffy’s alliance.

One piece latest chapter 977 just release and turned out one of the most amazing chapters of the series. This chapter revealed many events that after reading them you will be so shocked or excited that you can’t able to wait for the next chapter release.

So, let’s start with a short review for that chapter.

Please note that there are major spoilers of chapter 977 ahead in the post and if you don’t wanna get spoiled before reading it then skip this part just scroll below to release date part.

You can officially read one piece manga chapter 977 here

This chapter starts with a joyful scene in which all straw hats are very happy after seeing that Jinbe. 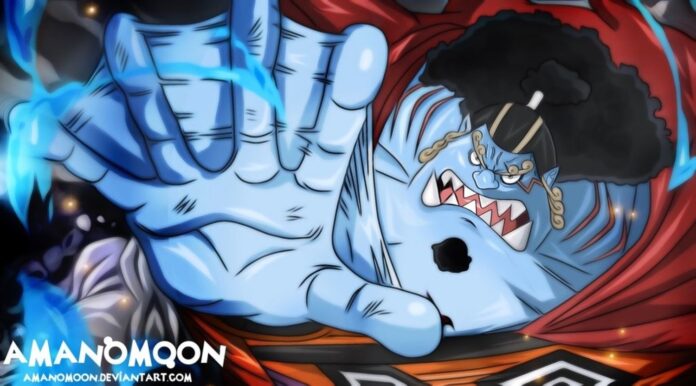 They thought about a banquet for enjoying this moment, but there is no sake anywhere in the ship, but the most interesting part that Zoro can smell some sake around there.

In the meantime, Kin trying tell the plan about invasion in the island from Law ship. But we all know about Luffy and his type of doing work, even Law told this to Kinemon.

After that Kinemon began to tell the strategy to other members and who will lead the different forces, like Shishilian will monks and Boss Hygoro will lead the samurais.

Now they have to decide the route to enter the Onigashia. According to Law this island is sorrounded by mountains from all sides one front side have a way to enter it. But from blueprints there is also a secret way from behind side to enter.

Then Law told them the full plan, but while they discussing the plan straw hats ships are not there.

And there is an explosion from the main gate and Luffy’s voice coming from there means they attacked on the front line.

In a flash, they managed to defeat the frontline.

Zoro found the sake that they wanted for the enjoying the Jinbe’s return but Luffy hold the party until they defeat the Kaido.

And now when front is defeated all force ready to land on wano before Kaido and his force even notice a thing.

In the last page of the chapter, scene changed to Kaido’s castle where everyone is ready for banquet. Big Mom is wearing a Kimono for the event.

But the most shocking truth revealed by Kaido when he asked about his son.

His son also going to show up in the banquet then we saw flying six arrived in the castle.

But here’s this chapter ends!

For the first time in the manga we are going to Big mom wearing a different dress then usual so it’s going interesting scene.

Or maybe it’s also that next chapter will turns to reverie part where Sabo and other Revolutionary members are captured and sentenced for death.

Let’s wait for release of One piece chapter 978 and what it’s hold for us.

Fans are really excited and cannot able to hold themself for this chapter but the bad news is that One piece chapter 978 got delayed and was on break next week, so it will resume after 2 weeks.

Where to read One Piece Chapter 978

You can read One Piece chapter 978 officially on viz media’s site. After its release, it is also available on Mangaplus App and Shonen Hump app and  You can also read it on many unofficial sites like mangareader, foxmanga and many more or just google it but I suggest you read it on the official site to support them.

That’s all guys, hope you like the article, if you loved this one then share it with your manga or anime lover friends. And don’t forget to comment below what you think or your predictions about One Piece chapter 978.