Strongest Character In One Piece

87% of anime Fans says Monkey D Dragon is the Strongest Character In One Piece! Here’s Why,

Monkey D Dragon is the son of Monkey D. Garp and father of Monkey D. Luffy. I am sure every one piece fan knows this that he is the most wanted man in one piece world.

He is the leader of revolutionary army. This organization’s objective is to dethrone the Celestial dragons!

The world govt. used everything to find out whereabouts of Dragon. Yet they can’t able to locate him and failed miserably.

We saw Dragon for the first time in chapter 100. Whenever he makes an appearance, we see some unusual meteorological phenomena gust of wind, storm, rain, and thunderbolts.

This led some of us believing that Dragon ate a devil fruit that can control the weather.

When Sengoku revealed that Luffy’s father is a revolutionary Dragon. Everyone was shocked, including Whitebread.

In fact, after learning Luffy’s lineage and his feelings towards Ace. Whitebread ordered Marco to protect on the battlefield no matter what happens.

Monkey D. Dragon should be stronger than any of the current four emperors of the sea.

Why do we think so?

Well to declare war against the marines, Whitebread needed all of his commanders and 43 allied captains!

Dragon came to Mariejois to declare war against Celestial Dragons. But he has only 4 to 6 people with him. He came to challenge the world government at their Headquarters. where he might face Gorosei (five elders of Mariejois), Fleet admiral, 3 admirals, Sengoku and even his father Garp.

How powerful you have to become and challenge those powerhouses!

Also, Read- Top 9 Most Powerful and Influential Characters in One Piece

You might say that this is a covert mission!. But that doesn’t mean that Dragon and his company won’t have to fight, once they reveal themselves!

People have four different theories on Monkey D. Dragon’s past affiliation and these are:

All these are cool theories. But I want to introduce another theory.

In fact, during Reverie (in the manga). Most likely Monkey D. Dragon is a former Gorosei, the youngest one in history!!!

Let’s Focus on Monkey D Dragon’s Abilities That Makes Him Strongest Character In One Piece!

Dragon is sabo’s mentor and he learned haki, martial arts from Dragon. In fact, most of Sabo’s attacks are named after the dragon (Ryu). It could be a tribute to Dragon.

In Dressrosa arc, sabo used ‘dragon’s breath’ attack to destroy the arena of corrida colosseum. If Sabo’s casual attack could do this much damage then Dragon’s attack can be more devastating!

Most likely, Monkey D Dragon has supreme armanent haki and it has control over elements!

We all know that even marines say Monkey D Garp is the strongest armanent haki user in the world who can even fight with pirate king head to toe. So, it can be possible that Monkey D Dragon learned all about from his father Garp in childhood.

When Luffy unleashed conqueror’s haki in marinford. Kizaru (one of 3 admirals) said that Luffy was hiding a terrifying power. Even Garp said Luffy is no ordinary child who gets his power from anywhere. He is born with this power.

On this statement, We can say that because he is dragon’s son! That’s why he has such haki.

Ivankou also concluded that Luffy is drawing people closer to him due to his conqeror’s haki. And it led him to believe that Luffy is the dragon’s son.

Currently, Dragon is a more charismatic leader than Luffy.

Rayleigh said that people who make name for themselves on a globe scale often have conqueror’s haki. And we all know that Monkey d Dragon is not just famous, he is beyond famous. he is the most wanted man in the whole one piece world. so, he is likely to have the most powerful conqueror’s haki than even Shank’s have.

Usually whenever Dragon makes an appearance. we some unusual meteorological events and we saw in lougetown as well.

When Luffy was standing on Roger’s execution platform and enjoying the view. Suddenly the weather changed at that moment. Nami was shopping and she realized that the air feels different and she looked at logpose.

Most likely, Monkey D Dragon arrived on lougetown. When Luffy climbed on Roger’s execution scaffold. However, when buggy’s sword was about to touch Luffy’s neck. Stupid lightning struct the living legend and knocked him out.

Moreover, It seems that Dragon knows that Luffy ate Gomu Gomu no mi. Otherwise would’ve used a gust of wind to save Luffy, Not lightening since it would electrocute Luffy as well.

On these facts, We say that Monkey D Dragon is the highest Haki User, the supreme master of Haki.

he could be even stronger than any of the current Emperors of the sea.

Anyway, what do you think, Is Dragon stronger than any emperor? Or Is he former gorosei?

Put your theories in the comment. I will love to read them and reply to you personally.

I hope you liked this article Monkey D Dragon Strongest Character In One Piece. Don’t forget to share this with a One Piece fan! 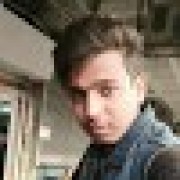 He's a fan, who just crazy about Anime, Manga, and loves to share latest updates to the world. You can be his friends on here