Murder mysteries and serial killers are one of the major parts of a thriller drama. Most of these shows or movies revolve around real-life stories, unlike other fictional characters. Several shows portrayed Ted Bundy types of characters or the infamous Charles Manson. Some audiences want to know their whereabouts, the nuances they produced over society, their psychology, and their earlier life. Why is someone willing to kill for the sake of enjoyment or name or any other reason? That, too, in huge numbers, carrying out a challenge to the government’s institutions such as police or intelligence. The storyline of The serpent is unique.

The mental condition as well as their interactions with ordinary people who are unaware of their reality. Characters such as Hannibal are in audiences’ memories and had a separate show for their back story with the same name. While, the show which we are talking about is centered in Asia, especially India. It is about the notorious Charles Shobhraj. The Serpent is a crime drama developed by Mammoth Screen for Netflix and BBC One, revolving around the life of Charles Shobhraj. In 2015, there was a Bollywood movie named Me and Charles, which was also around the same killer, in which Randeep Hooda played the lead. In this eight-episode web series, Tahar Rahim is doing the character of Charles Shobhraj.

The Charles Shobhraj Case: The Serpent

Charles Shobhraj was the main suspect in 12 western travelers across India, Thailand, and Nepal. During 1975 and 1976. His skills of deception and evasion gave him the famous name The Serpent. In some places, he has also been mentioned as The Bikini Killer due to victims’ state; how they were last found. The BBC documented this infamous real-life serial killer in The Serpent. Charles posed as a gem dealer with his girlfriend Marie-Andree Leclerc, a con man, thief, and disguise master. He carried out several crimes, including 12 killings of western travelers, traveled through three countries during his trial, and had arrest warrants in three different places. He also used to lure women and kill them and remained deceptive and unheard. 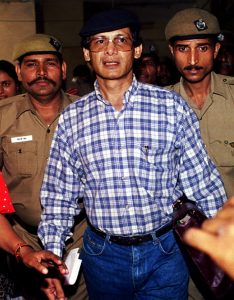 However, his web of crime came under the light when Herman Knippenberg, a junior diplomat at the Dutch Embassy in Bangkok, used tactics to find evidence against Shobhraj and carry out his arrest. The unwitting chase landed in getting the criminal behind bars. The mastermind was not able to save himself from the hands of justice. This case gained international hype worldwide, and the gruesome murder mystery being solved was a big success, even though justice was served late. Charles Shobhraj is 76 now and is in Kathmandu prison, Nepal; before that, he was jailed in India from 1976 to 1997.

He was released from jail afterward at the age of 52. But when he again reached Nepal for unknown reasons in 2003 and was spotted by a journalist, he was arrested. In 2008 he released a press release with the help of his fiancé Nihita Biswas in which he asked the media not to call him a serial killer. He also appealed against the conviction, claiming he was sentenced without a trial.

The serpent episode fifth: a recap

The fifth episode of The Serpent was released on 24th January 2021. In the fourth episode, it was already showed that Charles ( Tahar Rahim) goes on to a trail of destruction in Nepal. However, in the meantime, Herman Knippenberg (Billy Howle) is gathering pieces of evidence with the help of Nadine (Mathilde Warnier. The last evidence was going to open the way for police to act fast and break the trail of terror. The fifth episode brings more to the light about the waiting game. Pieces of evidence are substantially produced, yet the cat and mouse game between Herman and Charles is going on.

The police are waiting for them to return to Kanit House, the trio, Charles, Marie-Andree (Jenna Coleman), and Ajay (Amesh Edireweera). Meanwhile, both the opposing sides are agonizing over each other, where the situation gets locked up. In which it seems as if Charles and his accomplices are one step ahead. 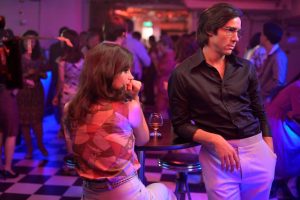 The sixth episode will arrive on Sunday 31st January 2021, at the same time, 9 PM. It will definitely unfold the storyline show all the situations through which the intelligence and police had to arrest the serial killer. 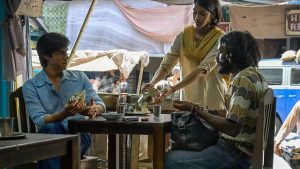