Who doesn’t know the series ‘Stranger Things’? Netflix caused an international sensation releasing the award-winning series back in 2016, and now season 4 of the series is about to be released in a few months. When talking about Stranger Things, you must be familiar with the character Eleven, a teenage girl who has psychokinetic abilities and was used as an experiment at Hawkins National Laboratory, until an incident occurred which caused the opening of a hole from the monster dimension to the human dimension.

The character ‘Eleven’ is played beautifully by Millie Bobby Brown, who would turn sixteen on the upcoming 19th of February this year. Thanks to this role, Millie Bobby Brown received a number of awards at various events, ranging from Best Actor and Best Performance at the MTV Movie and TV Awards, nominations for Outstanding Performance by a Female Actor in a Drama Series in the SAG Award, and Emmy nominations at the age of 13 in the category of Outstanding Supporting Actress in a Drama Series.

But, do you know that Millie Bobby Brown has been in the acting world since she was very young? Curious on who of the cast and crew of Stranger Things are closest to Millie? We have summarized fun facts about El, short for Eleven, aka Millie Bobby Brown, the talented young girl.

1. Started her acting career at the age of nine

Millie Bobby Brown was born in Marbella, Spain, to parents of English descent. They moved back to England when Millie was four years old, and then moved to Orlando when little Millie wanted to take a performing arts class. She had starred in several commercials from Disney until one day, a talent scout saw Millie’s talent and recruited her to Los Angeles. At the age of nine, she starred in two episodes of ABC’s Once Upon a Time in Wonderland as ‘young Alice’.

Not long ago, she returned to the UK and was involved in a BBC show called Intruders, when she got an invitation to audition for the casting of Stranger Things in 2016. After several stages, Matt and Ross Duffer, the creators of the Stranger Things series, cast Millie as Eleven, the main character. Millie also decided to live in Atlanta, which is the shooting location for Stranger Things. 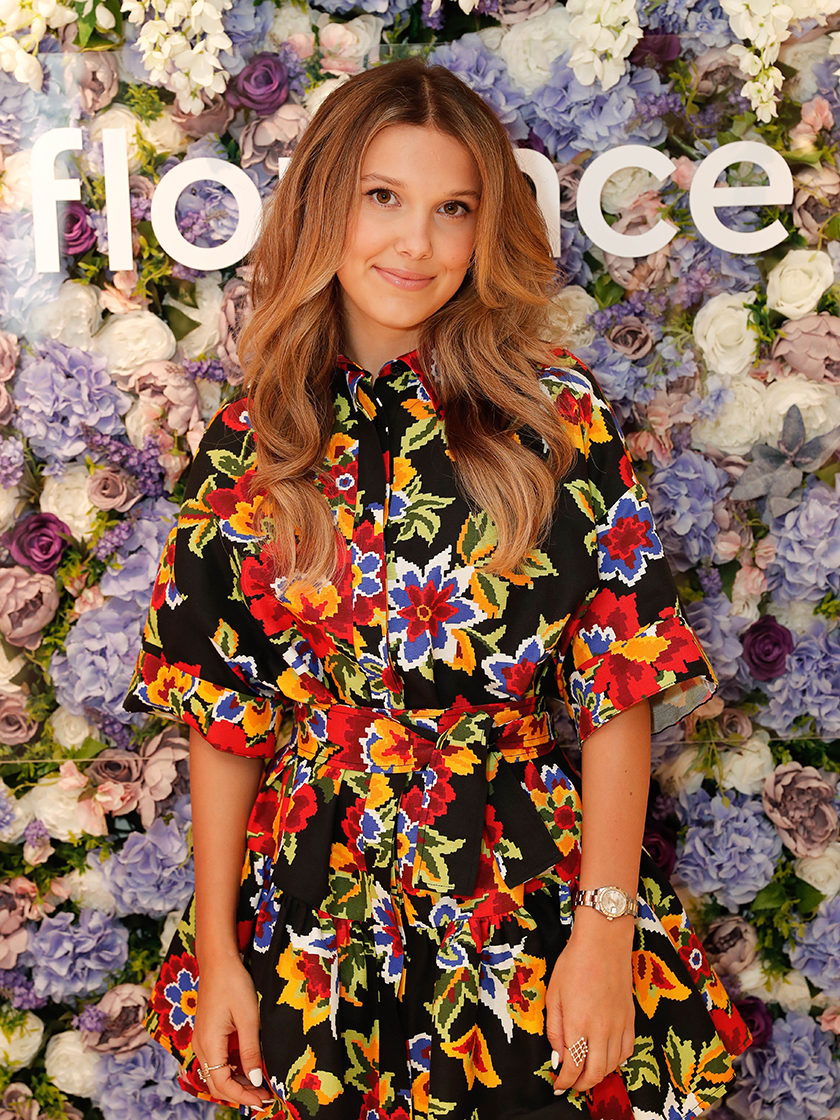 In 2018, right at the moment of World Children’s Day, Millie was announced as UNICEF’s youngest Goodwill Ambassador. She uses her platform to raise awareness about the importance of children’s rights and issues affecting young people, such as lack of access to education, safe places to play and learn, and the effects of violence, bullying, and poverty.

Not only that, but Millie was also included in the TIME 100 List of Influential People released by TIME magazine in 2018. She is the youngest person ever on the list. Other notable figures on the list include Prince Harry, Meghan Markle, and rapper Cardi B. 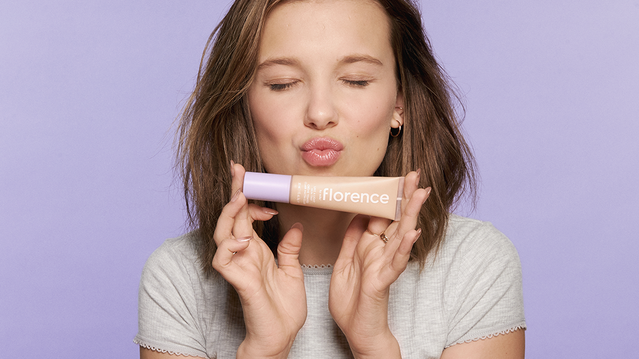 Millie and her own cosmetic product

In August 2019, Millie released a beauty brand, which she named Florence by Mills. As a public figure, Millie often finds it difficult to find makeup and skincare that are suitable for the skin of teenagers like herself. For this reason, Florence by Mills is specifically intended for teens who want to look both beautiful and healthy. Florence by Mills is very safe because it is dermatologist-tested, sulfate-free, paraben-free, cruelty-free, and vegan. Apart from that, the products are also suitable for all skin types. 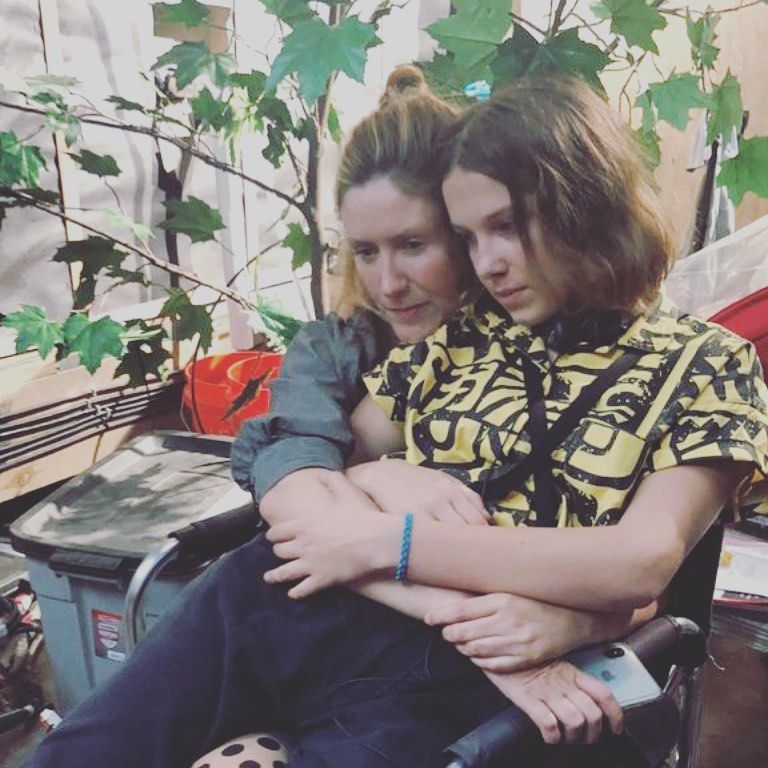 When Millie got the role of Eleven, her mother had doubts because Millie had to shave her hair. However, in her interview with Variety, Millie admitted that when her hair was cut off, she felt very empowered.

“When I have hair, I can hide my face in the strands of my hair. But when my hair was cut out, I looked in the mirror and realized that my face was the only focus of attention. Shaving your head is so empowering. You are beautiful with or without hair. It doesn’t matter, “said Millie.

On the set, Millie is very close to Sarah Hindsgall, the Head Crew of the Stranger Things Hair Department, who cut her hair out in the first season of Stranger Things. He even had time to upload a photo with Sarah and called her her second mother.

“This is a happy birthday post to my second mother. I love this woman sooo much. I love sharing my mornings, getting ready, and preparing for eleven with you. I love having coffees with you. I love laughing with you and sharing our lunches cuddling on the couch … Thank you for being such an amazing person and being such a significant person in my life. Love you to the moon and back, Momma Sarah, “wrote Millie in the caption of the photo she uploaded last July 2018.

In addition, Millie also has a very close platonic relationship with her fellow castmate Noah Schnapp, who plays Will in this series. She and Noah are peers who often do activities together outside day-to-day acting. In addition, Millie also considers Finn Wolfhard as “adviser”, Gaten Matarazzo as “entertainer”, and Caleb McLaughlin, who is two and a half years older than her, as a “protective older brother”. 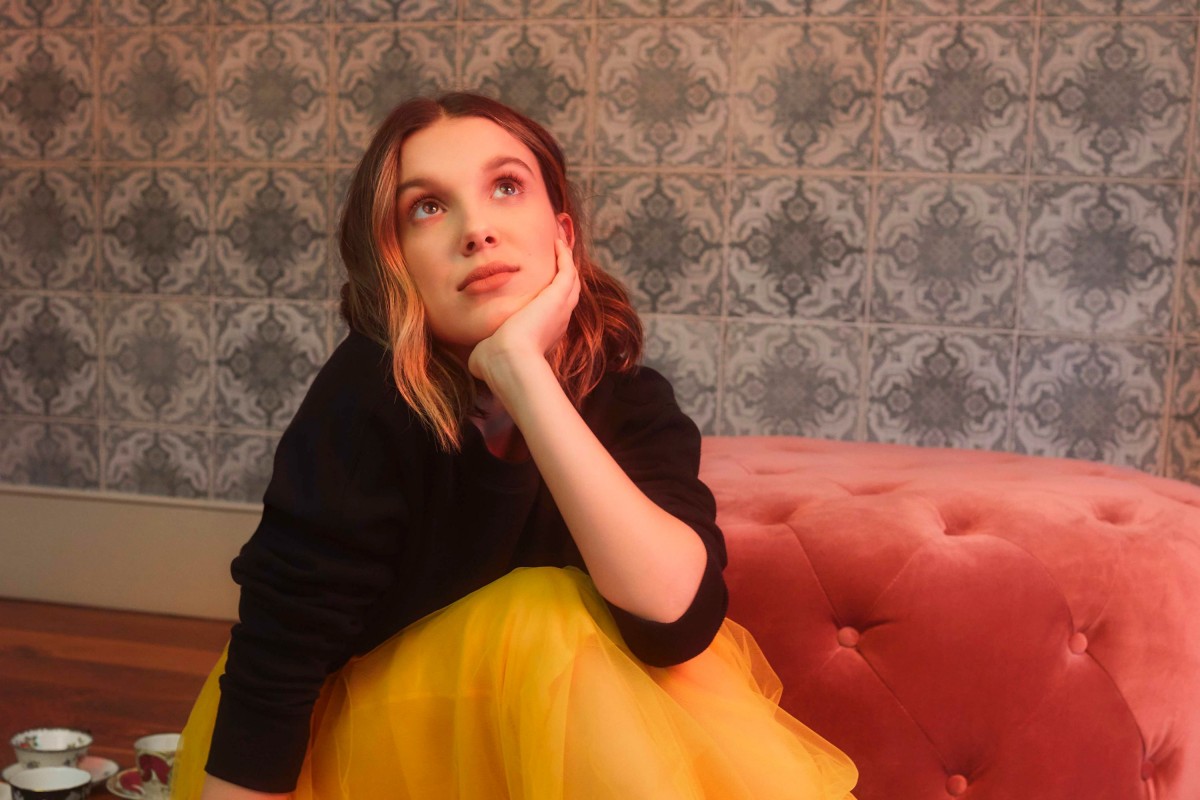 MIllie on a couch

The young star has received an initial contract letter about Millie’s salary for the hit TV show. Netflix paid USD 25,000 per episode of the third season of Stranger Things for Millie. However, as previously reported, the main cast of the hit horror series renegotiated their contracts after the second season to better reflect the series’ new status. Where the series became a shocking hit beyond the previous expectations and can even be said a bona fide pop-culture phenomenon in all circles, especially teenagers. That meant a huge salary increase for the major players, and Millie was said to be the biggest one of them all. It was due to Millie’s growing popularity and her fantastic portrayal of Eleven on Stranger Things.

Instead of only making USD 25,000 per episode, which increased by around USD 1,000 during the second season for the young actress, reports even claim that Millie Bobby Brown will receive around USD 350,000 per episode. That means that during the nine episodes of the season, Millie would make an estimated $ 3.15 million in salary. A very big increase over the USD 225,000 she made after the previous season. 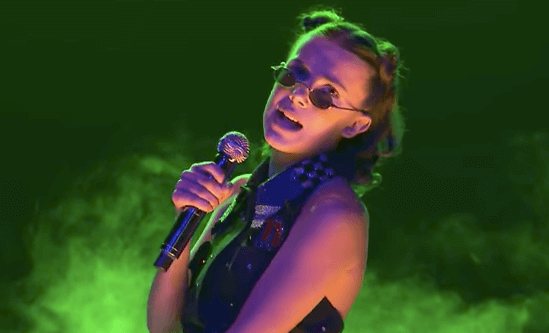 Young actress Millie Bobby Brown once gave a surprise at the Maroon 5 concert at the Bridgestone Arena in Nashville back in 2018. The Stranger Things star appeared when the band led by Adam Levine performed the hit song ‘Girls Like You’, which we all know starred Millie as one of the girls in the music video alongside Ellen, Jennifer Lopez, Rita Ora, Gal Gadot, and more. Millie took part in singing Cardi B’s rap part in the song.

On several occasions like that one episode of Tonight’s Show With Jimmy Fallon in October 2017, she was rapping as a recap of Stranger Things’ first season, and the audience rapidly went wild. It seems like she’s got all the talents.

What do you think about Millie after reading these facts? It is undeniable that Mille Bobby Brown is a bright future talent who has so many ideas in her mind. We are surely curious about what she is going to do next!