As we head to the penultimate episode of WandaVision, we finally have an adversary in the mix. In episode 7, we see the setting of the episode changed to the mid-to-late 2000s.

WandaVision had taken a Modern Family sort of format where the characters speak to the camera themselves on occasions. This is even noticed as the opening pretty much sounds like an Office intro which puts into retrospect how the show was only based on Wanda while Vision was just an afterthought. This article will cover WandaVision Episode 7 Recap and Episode 8 Preview.

Now transitioning to the 2000s, we see Wanda decides on having a staycation after the events which took place last time. But something strange seems to be happening as various parts of her home keep changing to alternate timelines, and she is unable to control them. So, Agnes comes in to help Wanda promising to babysit Tommy and Billy for the day. Meanwhile, Vision finally wakes up to find that the S.W.O.R.D. agents had turned into members of a circus group, among which was Darcy. Vision takes her off the spell as they both head back to the city, during which Darcy explains to Vision the events that led to the current situation.

Meantime, outside of Westview, Monica and Jimmy meet up with loyal S.W.O.R.D. personnel. They provide them with a vehicle that supposedly should be able to cross the barrier. But when the plan leads to failure, Monica takes it upon herself to re-enter the Hex. As she passes through static, she hears voices from her past but eventually emerges at the other side with heightened vision. So Monica locates Wanda to inform her of Hayward and his plans but is interrupted by Agnes. She takes Wanda to her house, where Wanda finds her kids missing, so she looks for them. She discovers a strange lair in the basement, where she finds a book placed, presumably Darkhold.

Just then, Agnes comes in, revealing that she too was a magic user, Agatha Harkness. Then it’s revealed to us how Agatha influenced the events which took place in Westview as she was the one responsible for the arrival of Pietro and the death of Sparky as well.

During the commercial, we see an anti-depressant called Nexus. This was a reference to Nexus beings such as Wanda herself. 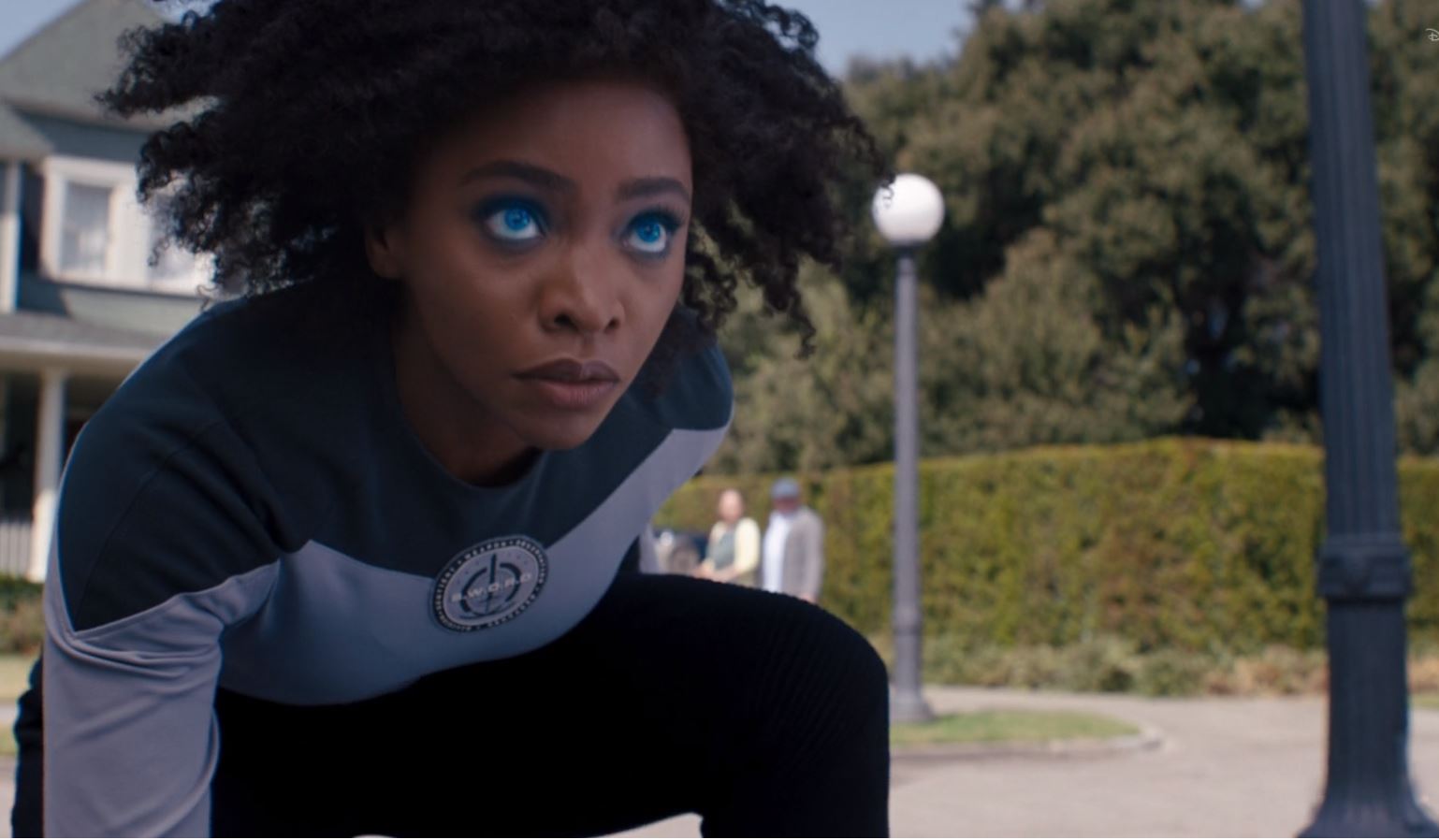 In the comics, Monica Rambeau was also Captain Marvel for some time. And in this episode, as she runs into the Hex, she is called Captain, referencing her role as Captain Marvel. As she emerges on the other side of the Hex, she lands on three limbs, which was a stereotypical way for a superhero entry. This is backed up by her heightened vision and blue eyes. And when she encounters Wanda, she is floated away by her, but energy surges through her as she lands safely. By all of this, we can safely presume that deriving from the comics, Monica has finally become a superhero, Photon or Spectrum.

Agatha Harkness is officially revealed to be a part of MCU. In the comic books, she is a powerful witch who was a part of the Salem Witch Trials. As she survives, she becomes a significant part of the Marvel Universe, being a sinister heroine and mentor to Wanda Maximoff as well. In the comic books, she is accompanied by a shapeshifting cat called Ebony, which here seems to be replaced by a bunny, Senor Scratchy.

When will WandaVision Episode 8 Release?

WandaVision Episode 8 is set to be released on 26th February 2021 at 3 am ET. Be sure to change the above time to your local time zone to watch the episode as soon as it airs every Friday. You can watch all the episodes by WandaVision on Disney+. 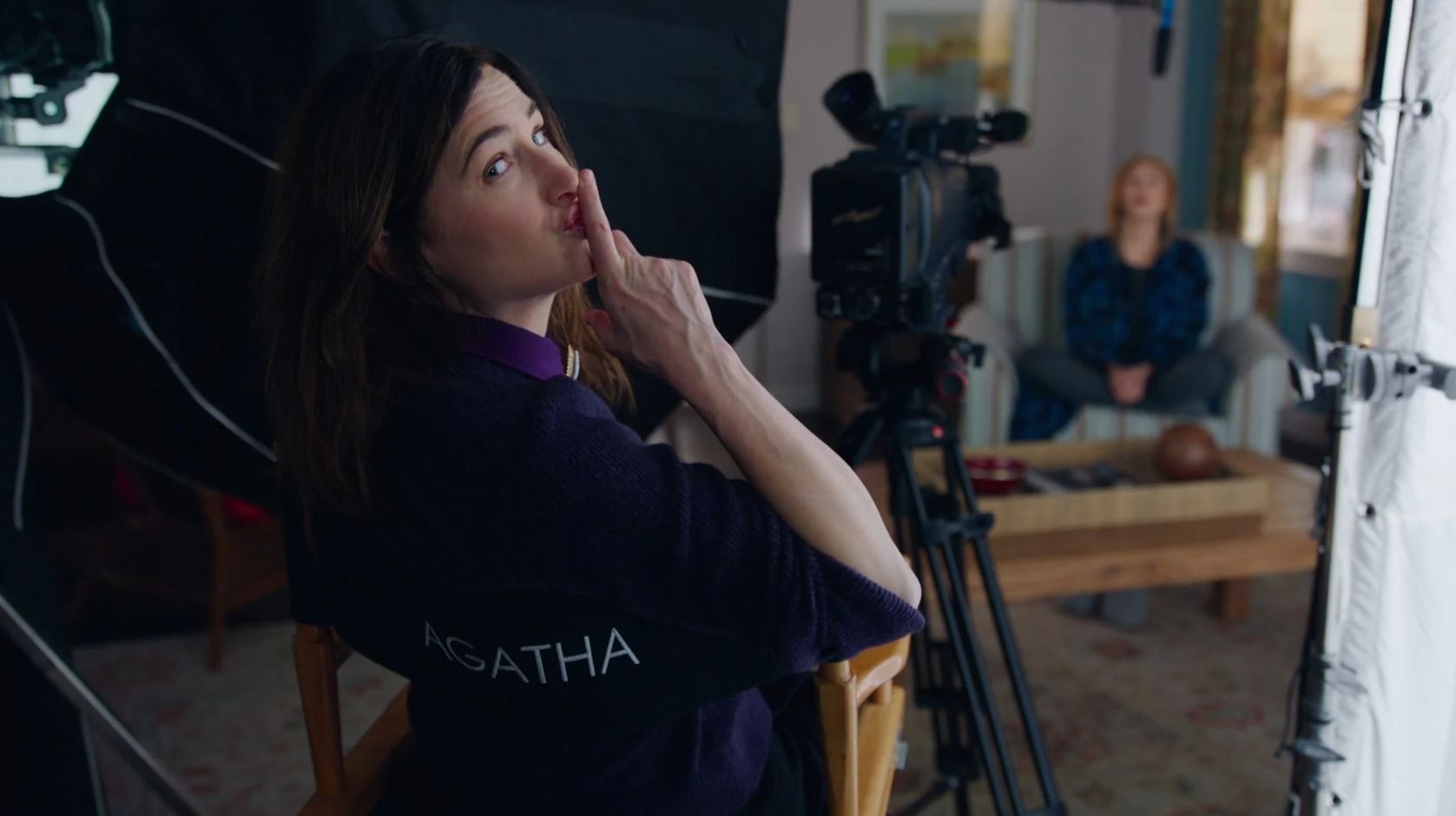 Now, as we head to the final two episodes of the mini-series, we have a central adversary. Previously, we knew someone was influencing Wanda, but now it was officially confirmed to be Agatha Harkness. But as much as we would like to believe that, it does not seem to be so. There was a short clip showing how Agatha influenced certain events throughout the series. But it still doesn’t answer how and why Wanda created this Hex and trapped so many people in them. Our guess would be that there is a big adversary, which could either be Marvel Universe’s Mephisto or Nightmare.