Inside the other world, Neiru is fighting with a demon that claims that he is a God. Neiru can not stand the demon’s smell and comment to herself that God doesn’t smell like that. An unknown girl joins the battle and hits the demon with a stone saying that God doesn’t look like that. The demon comments that they must love him; he is God. The two manages to find a hiding spot as the demon shoots them with bullets.

The demon yells at the two that they must come out and face him. He keeps on teasing the unknown girl that her parent doesn’t love her. He said that the girl ran away from home, and they abandoned her. Since he is a god and his love is unconditional, he will love the girl for the rest of his life. Neiru got annoyed by the demons’ talk and climbed the top of the building. She snipes the demon from his blind spot and sent him flying.

Neiru blew away the demon, and it exploded. The unknown girl is impressed that she defeated the demon. The next day in the morning, Rika, Neiru, and Momo visited Ai. They give Ai gifts and her mom. Rika asks Ai’s mom to prepare the cake that she loves and some snacks for Neiru. Ai’s mom is glad that Ai is making friends. While they are inside Ai’s room, Rika comments that the girls are beautiful; she would have proposed to them if she was a guy.

Ai started to hate Mr.Sawaki ever since that day, but she never investigated the matter. She also hates him because he is trying to hit on her mother. Even when he visits, she showed in front of her mom that she hates Mr. Sawaki. Rika said that maybe Koito is pregnant. Ai can believe what she hears, and Momo comments that it is not true. Momo told Rika to drop the topic, and Rika said she is just kidding.

Ai comments that she doesn’t know why Koito died. Rika asks Ai to ask her mom; maybe Mr. Sawaki told her something. Rika comments that many Mr. Sawaki is here to check on Ai if she has some proof. Ai, is worried that her mom trusts Mr. Sawaki, and she makes her worry. Neiru concludes that they should never tell anyone this story since no one will believe them. They will dig up the truth, and Rika comments that it is a story that no one knows about. 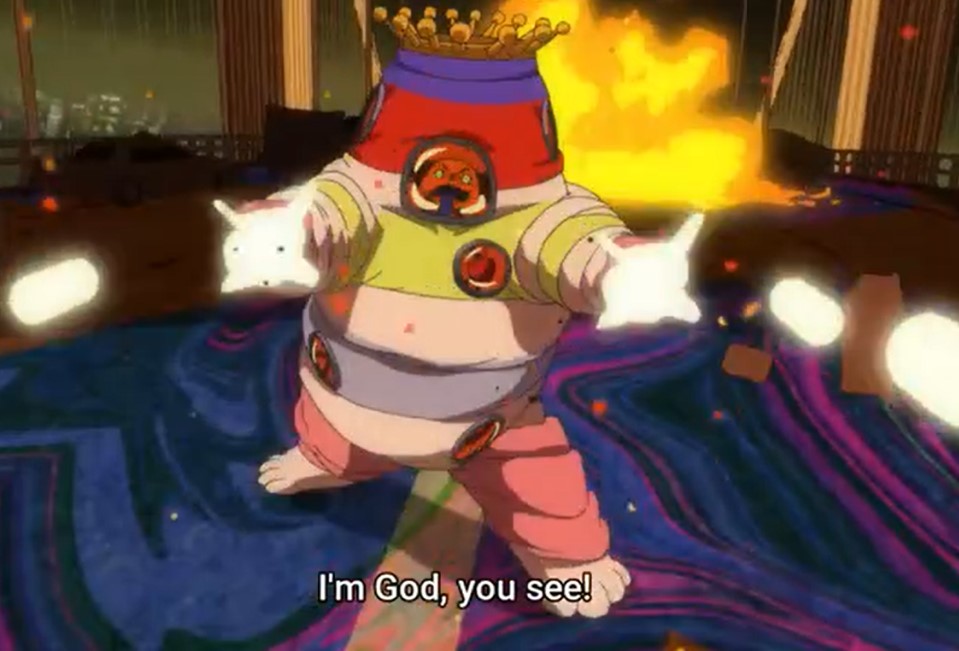 Ai heads to the chicken and saw that her mom is happy with Mr. Sawaki. She heard Mr. Sawaki asking about her friendship with Momo. He also asks how the two met since they attend a different school. Ai mom notice that Ai was around, and she changed the topic. Ai went back to her room. Later Neiru protects another girl from the Axe gang and the monsters. The girl keeps on talking about her beauty while Neiru takes out the heads of the enemies.

Neuri went back to the real world to find how she can defeat the monster. In the evening the girls went shopping. They are told that the outsiders can buy the eggs and leave. Rika comments that they are just playing one game and leave. They enjoy playing games and taking selfies. Momo reveals about her friend Haru who killed herself. Rika comments that they can drop the gloomy talk and play more games.

The guy who allowed them to play remind them that they said they would leave after one game. He ends up allowing them to play more games. Rika suggests that they should stop buying eggs for their safety. She is worried that all the time, they have to risk their lives protecting someone. Neiru reasons with Rika and head back and defeated the monsters and the Axe gang.

With all of the above latest recap and preview that how we concluded this week’s post. You can try to read other recent updates on Wonder Egg Priority Episode 5.